A Complete Guide About Acupuncture

Types Of Illuminated Signs For Business

The Skill Sets Required by An Engineer

Thalassemia is a disease or to be precise it is an inherited blood disorder which happens in a human body with an abnormal form of haemoglobin. Haemoglobin is the protein molecule in the red blood cells that carries oxygen.

If this disorder happens there is an excessive destruction of red blood cells and it leads to anemia as well. As it is said that Thalassemia is inherited, this means at least one of the parents (if not both) must be a carrier of the disease. This is mainly caused by the genetic mutation or deletion of a certain key gene of the fragments.

If one suffers from Thalassemia minor, it is a less serious form of the disorder. There are actually two main forms of thalassemia. One is called alpha thalassemia where at least one of the globin genes has a mutation of abnormality. In the case of beta-thalassemia, the beta globin genes are affected. All of this thalassemia have different subtypes.

Major symptoms of the disease

There are bone deformities, especially in the face.

The urine is always dark.

There is delayed growth and development.

One suffers from excessive tiredness and fatigue.

They also have yellow or pale skin.

But yes, not everyone who is suffering from this disease has visible symptoms of it but later they can develop them.

Major causes of the disease

This disease happens when there is an abnormal mutation of one of the genes in the haemoglobin production. Most people inherit this genetic defect from their parents. If only one of your parents is a carrier for thalassemia, you may develop a form of the disease known as thalassemia minor. If this occurs, you probably won’t have symptoms, but you’ll be a carrier of the disease. Some people with thalassemia minor do develop minor symptoms. But if both of your parents are carriers of t thalassemia, you have a greater chance of inheriting a more serious form of the disease.

There are 3 main types of thalassemia.

Beta thalassemia, which includes the subtypes major and intermedia.

Beta thalassemia: It occurs when the body cannot produce beta globin. It is a major form of thalassemia and it appears mostly at a very early age (likely before a child completes 2 years). There are some major symptoms like paleness, fussiness, poor appetite, frequent infections, and jaundice.

Alpha thalassemia: It occurs when a body cannot make alpha globin.  The symptoms are jaundice, enlarged spleen, and malnourishment.

Thalassemia minor: Those who suffer from this, does not have some major symptoms but that does not mean they do not have the disease.

When one tries to find out the thalassemia treatment cost in India, they can see that the major treatment procedures are a blood transfusion, bone marrow transplant, medications, and supplement. One can also go for surgery in order to remove the spleen or the gallbladder.

There may be some other therapies as well but the experts can only go for them.

Previous Delhi and Its Different Facilities

Next Best Apps for Listening to Your Favorite Radio Stations

Understanding All About Thalassemia Treatment

Facts About Pollution and Common Types Of Pollution

The Advantages Of Downsizing Your Home 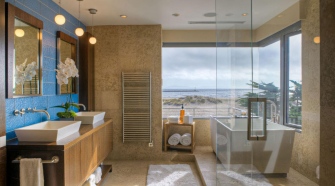