How To Become A Better Essay Writer

Here Are The Most Deluxe Jewelry Brands

5 Steps To Starting A Business From Zero

How To Redress The Balance In 2015

Most Internet users spend very little time, if any, thinking about the features their browser offers them. In fact, the major Internet browsers have all developed to the point that there is very little difference in the features they offer. This fact makes it difficult for one browser to differentiate itself from others, leaving tech companies to look for new ways to make their browsers stand out from the competition.

With so much emphasis being placed on spying in the news today, security and privacy have emerged as new points of competition for the major Internet browsers. Although they tend to offer a similar range of features, if one browser is able to establish itself as the most secure and most capable of protecting user data, it could be an important win for that browser.

It’s no surprise to see privacy becoming one of the most important characteristics that browsers are judged on.

“We live in an era when people are paranoid about their data, and the news stories all seem to suggest that they have good reason to be paranoid,” said technology expert Jason Hope.

“Users know that they’ll get pretty much the same web experience no matter what browser they use, so finding a browser that will give them that experience while also keeping their sensitive personal data safe is something that’s of the utmost importance to them. The browser that can best understand and act on that idea will have the best chances of gaining market share going into the future.”

In a poll conducted by the Internet security firm Sophos, users were asked to select their favorite browser. Firefox came out ahead in that poll by a healthy margin, which, according to the poll administrators, is because users perceive Firefox as a highly secure browser. The administrators also pointed out that users must trust a company that creates a browser if they are going to trust the browser itself.

This fact could create challenges for many browsers who are trying to position themselves as a good choice for privacy-conscious Internet users.

“Firefox is definitely at an advantage here, because the organization that created it is a non-profit. Users feel like they have less of a reason to worry about Mozilla selling their personal information, whereas bigger tech companies like Google, Microsoft, and Yahoo have generally seemed pretty cooperative about giving up user information to government agencies like the NSA.

The extent to which these companies have violated their users’ privacy is certainly up for debate, but either way, the idea is already planted in a lot of people’s minds, and it’s hard to get rid of it once it’s there.”

Of course, browsers produced by large technology companies are not completely devoid of security features: Apple’s Safari blocks third-party cookies by default, while Google Chrome comes with a number of important standard security features. However, in both cases, the fact that the companies themselves have been accused of not taking proper precautions with user data seems to be holding back wide-scale adoption of their respective browsers.

A number of security advocates are pushing for a move to a new system referred to as HTTP 2.0, which promises to provide greater online security by using both user-side and server-side encryption on websites. Such a move would take a lot of the responsibility for ensuring privacy out of the hands of browsers, since the online experience would have more security controls built into it by default.

However, there are a still a lot of questions left to be answered before HTTP 2.0 can be put into practice, and until that time, users will have to take steps to ensure their own privacy online. One of the key ways they can do this is by selecting the right browser. Many browsers have a tough challenge ahead of them to prove they can protect user information.

“A company like Google is essentially in the advertising business, and advertising companies have been notoriously bad about not respecting privacy. It’s going to be difficult for them to find a balance between making money and protecting user information, but that’s what they’ll have to do if they want Chrome to be a widely used browser.”

About Author:  Amy Taylor is a business and technology writer.  Amy began her career as a small business owner in Phoenix, AZ.  She enjoys writing about business technology trends.  When she isn’t writing, she enjoys hiking with her Alaskan Malamute, Sam.

Next How To Start The Vegetarian Lifestyle For The First Time

Tips for Improving Your Hiring Process

What Are The 7 Most Famous Office Designs 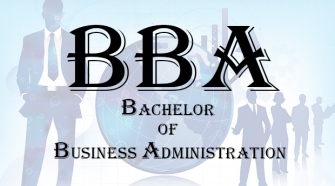