Real Estate Lawyer: Why You Need One

Recovering From A Sports Injury

Safest Used Car For Teens That Won’t Break The Bank

Albeit there are many beautiful places in India, but the immaculate and serene beauty of Srinagar is just at par from the rest. Sublime greenery, panorama of Himalayan mountains, rolling hills, pristine lake, a mighty river, etc. constitute the city. Fondly referred as Kashmir’s Venice, it is the largest city in the Kashmir valley. It is a highly sought-after tourist destination, a town that proudly boasts of its rich culture, religious diversity, and natural beauty that makes one fall in love with the city. It is a significant part of the parent state and spreads along both the banks of Jhelum River with seven historical bridges linking the two parts of the city. Highly popular for its lakes, houseboats, bustling fruit and handicraft markets, sacred mosques and temples, and numerous other sightseeing spots, the city easily dominates the India tourism map. Despite of having a troubled past the city today is very quiet and offers its visitors abundant time to relax and rejuvenate. It is the largest city in the Kashmir Valley and on every summer when the weather is most temperate, it plays host to the Government of Jammu and Kashmir.

It is an old city and dates at least 2000 years old. Over the course of time, it exchanged hands between several Hindu, Buddhist, and Muslim rulers and dynasties. Thanks to the fact, the city is a cradle of religions, people, and culture. The essence of the old world still resides here in the form of religious practices, festivals, food, cuisines, attire, etc. However, the city is sufficiently modernized and coexisting with the older aspect the modern aspect of the city today patrons tourism in Srinagar. To keep up with the rapidly increasing number of tourists today there exists a large array of hotels and other lodging options. Luxury hotels in Srinagar are amongst the top rated hotels in India offering their guests a stay profuse with all modern amenities and best of Jammu and Kashmir hospitality.

Two Must-see Places in the City:

Dal Lake – There are many beautiful lakes in North India, but no lake in the entire region beats the Dal Lake in beauty as well as popularity. With a stretch of 18 square k.m. the Dal Lake is the “Jewel in the Crown of Kashmir”. It is the state’s second largest lake highly frequented by tourists as well as locals. Beautiful gardens from the Mughal era borders the lake. While visiting the lake it is advisable to visit the gardens as well. There are numerous houseboats floating in the lake that generate lots of interest and offer a stay no less than the stay provided by any other first-class hotel.

Hari Parbat – Although the name of the spot is a Hindu name, however, it is interesting to know that the place is a meeting point of various religions. It is a few kilometers away from the town and perfect for trekkers. The panoramic views of the city and the surroundings provided by the hill is just stunning. Tourists often come here to enjoy the views, relish photography and the religious tranquility. Major attractions to look forward are: Sharika temple, Gurdwara Chatti Patshahi, Makhdoom Sahib, etc.

Full of tourist attractions that make every traveller fall in love with the place, Srinagar ensures that their holiday is memorable. Head to the town to relish it for real and for lodgings there is a wide range of good hotels; 5 Star hotels in Srinagar in particular being popular amongst tourists.

Next Find Out About Eyelid Lifts

How To Find The Perfect Lawyer 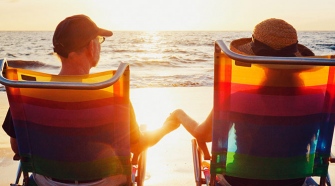