What Makes For the Best Rock Grapple Attachment?

Does EECP Provide A Second Lease Of Life?

Top 5 Most Popular Sports Played In The World

Parents influence their children’s career path consciously or unknowingly. They give their children a wide berth or are extremely strict and stringent about their norms and regulations. Soon the children turn into adolescents and they begin to take their careers seriously gradually realizing the importance of a flourishing career which equates a good and contented life. Wondering which career choice to make what to explore they can turn to their parents for help and guidance. Parent’s role, in this case, becomes all the more important as their approach may directly influence the child to take up a different career full of exciting prospects or a stereotypical career with a conventional setup. The parents can be inspiring enough to be counted as role models for their child.

Parents and their Careers

The parents also tend to influence their children with their thoughts and actions. Consider an instance where families of entrepreneurs, who have been at the job for ages would expect their child to follow their path, toe the line of family business. The child, on the other hand, might be naturally inclined towards the family business or repelled by the thought of joining the same. Having seen his parents toiling hard, they followed diligently the fickle nature of the business which might reach the pinnacle of success one day and one day bite the dust. They would prefer to move out of the shackles of sameness and give themselves the joy of doing something totally opposite to the mundane and ordinary. The parents had invariably affected the thought- process of their children. But whatever brought the change now the child must decide to choose a career path through psychometric career assessment best suited to his/her interests.

The more activities or co-curricular activities the child joins the better it is to shape his character, be it dancing, singing, sports each of these activities adds something positive to the child’s personality making him a complete human being. Some of the character traits that a child might pick up as a result of these activities are, not being bogged down by circumstances, never giving up, sporting spirit, a sense of healthy competition, discipline etc. When they develop the aforesaid skills they become ready to take on the career counselling of their choice.

When you are down and out, don’t you feel resurrected and rejuvenated when somebody encourages you or peps you up enough for you to attempt unimaginable feats? Likewise, a child might do better if you urge him to do something persistently. Then the student might feel invigorating enough to take on jobs or career which he thought to be not for him. A little bit of encouragement can go a long way. So never stop shy of giving encouragement to your ward.

Criticism sometimes can be considered constructive but when you are talking to your own child too much criticism can affect the morale of the child who wants to do well and strives hard to forge ahead of his peers. Constant comparisons instead of doing them any good makes them negates all positives and either they start rebelling or they become depressed that they are not able to live up to the standards set by their parents. It especially happens with those children of parents, who are super successful. The children dread the sermons that the parents give them at the drop of their hats or abhor the competition that lies before them, which they think they might not be able to compete with them, as their confidence nosedives to an all-time low.

An adolescent child can no longer ask himself what he wants to be rather he should ask himself what he wants out of life. Because getting a cushy job is not enough to live a well-lived life. These questions should be put forward by the parents. The parents might want to talk to their children on a one on one basis and ask them certain questions which are necessary for career exploration. While too much pressure can harm the child, it’s also not too wise to completely let them off the hook. Irresponsibility and carelessness should not be endured. So confabulations are important and the bonding grows stronger when both parents and children can pour their hearts out and talk transparently and without any fear and inhibitions.

A child often nourishes great expectations from their careers. “What can I really become?” to “What I want to become”. There’s a lot of difference between the two. Many young adolescents make the mistake of taking their dreams too seriously. Enamored by their idols they want to follow their footsteps do not know whether they are good enough or talented enough to go after such astronomical pursuits. This is where parent’s rationality and wisdom comes in useful. They must make their children understand the importance of being grounded and moderating expectations as it is the key to happiness.

Parents indeed have a tough role to fulfill. They feel responsible for their children’s paltry mistakes and especially if they are not able to be successful they feel it was all because of them and they could have erred somewhere. That is why proper planning is necessary, and proper execution of such plans is also necessary. “Parents must lead by example. Don’t use the cliché; do as I say and not as I do. We are our children’s first and most important role models.” This Lee Hanley quote firmly establishes the fact that parents play one of the most important roles in career guidance, one which definitely cannot be ignored.

Previous How should Women be Careful about Bone Health?

Next Lyon: What To Do With Your Kids For Spring Break? 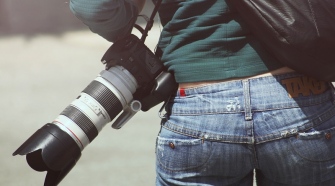