Things You Need To Stock Up On For RV Trips

The oboe and the clarinet possess differences that set them apart as different instruments. From style of the reed, to sound created from within, these contrasts can often be detected with nothing but the naked eye or ear. For those interested in woodwind comparisons, here is what sets these two instruments apart.

The oboe and clarinet both use reeds to produce sound. The types of reeds employed are drastically different. The clarinet creates music through the use of a single reed, that vibrates against the mouthpiece of the woodwind allowing sound to echo through the acoustics of the chamber. The oboe uses a double reed. A double reed, like its name implies, consists of two different reeds that are fastened together by cork and string. The performer is required to blow through the opening between the reeds, producing sound as the pair vibrates against one another. This is a much more difficult task than playing through a clarinet, making virtuosic oboists a much rarer phenomenon. 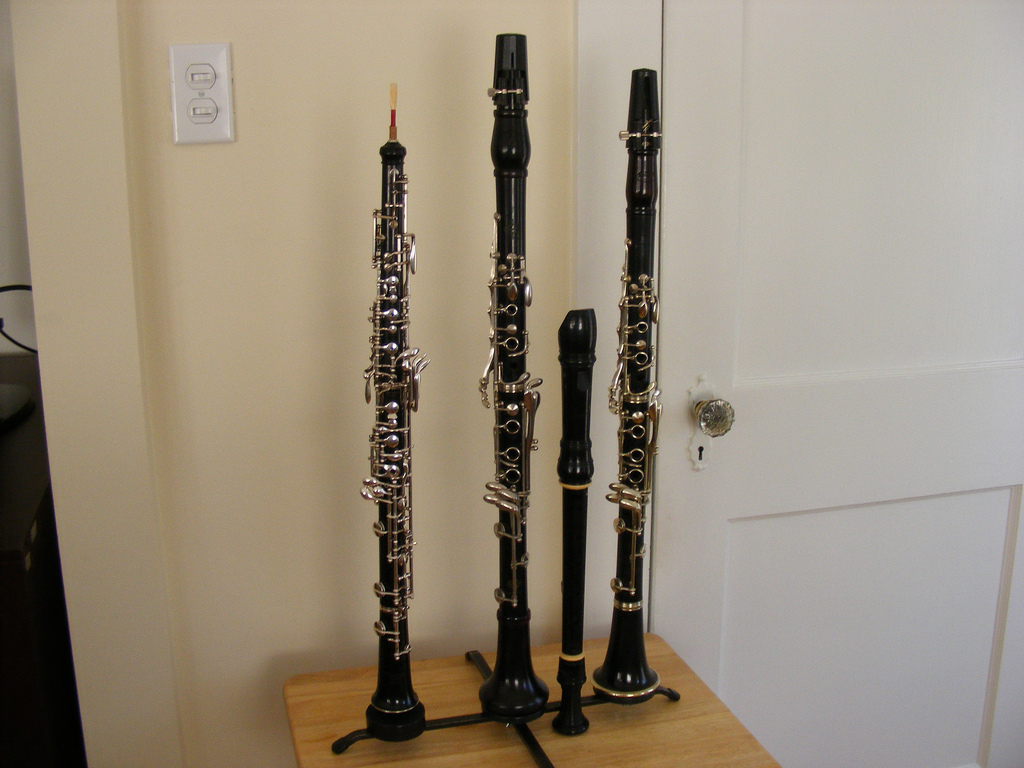 As a direct result of the different styles of reeds employed by the clarinet and oboe, the sounds created between the two are much different. The clarinet, while capable of playing melodic and bright rhythms in a soprano range, is much more suited to playing gentler tunes that rarely reach heights of the alto.

In contrast though, the oboe is almost incapable of producing notes this low, and instead is meant to spend most of its musical journey above the staff in a regular treble clef. Also, because of the fragile nature of the pair of reeds used to play, the oboist must also use only slight pressure when playing, lest the reeds split or fracture.

Key of the Instrument

Because of the size of the different instruments, both the oboe and clarinet are set to play in different keys. For those who don’t know what this means, clarinets are a B-flat instrument, and oboes are a C instrument. This means that in order to play music in melodic synchronization with an orchestra, the clarinet must perform using sheet music that was transposed into the key of B-flat. Concurrently, the oboist must play the exact same music, or their own variation of the music, that is written in the key of C. This is the only way to achieve unity among the instruments.

Finally, for anyone interested in pursuing either of these instruments, it is important to look at the range of costs before making the plunge. Because of its popularity and ease to make, the clarinet may range from $400 to $5,000. And because of the rarity of the oboe and the difficulty of creation, these instruments start at $1,000, and can even cost up to $15,000.

In the Same Family

While they look similar, the oboe and clarinet are truly different instruments. And while they do have a variety of differences, both of these instruments are capable of producing sweet sounds that are soothing to the ears.

Wallace Atkins is a freelance writer who focuses on musical instruments, musical accessories (such as the kensington ipad keyboard), musical technology, music history and other similar topics.

Previous Should I Hire Seasonal Workers After The Holidays?

Next Are Millennials Shying Away From Home Ownership?