How To Choose The Best SEO Company In Houston, Texas?

After world mobile congress 2015, we would witness a new member in the LG series, so called LG G4. But we can’t easily forget its younger brother LG G3 that is doing really great when it comes to performance and stability.

LG G3 is powered with Android KitKat and soon we would see Android lollypop update for it. A set of pre-installed software in G3 is sufficient for the first time, well then, your service and corporate Play Store app store LG SmartWorld. It is worth mentioning gallery with scalable thumbnails, fitness app LG Health, count your steps, distance, calories, voice assistant QVoice, the browser to store web pages in the entire height, a music player with equalizer and tone controls, and speed, a video player with a zoom function and windowed mode, remote QRemote.

Sound audio chip Qualcomm WCD9320 is also present in G3 and the same was present in the LG G2. It is part of the SoC Snapdragon 800/801. In conjunction with JBL Synchros S700 and Sennheiser Momentum, smartphone plays very well, the stock volume by approximately as at G2, then there is enough for most listeners. The sound is clear, compared with HTC One (M8).

In LG G3, LG integrated a 13-megapixel camera with dual LED-flash different colors (for real color), laser autofocus, optical image stabilization system OIS +, 6-lens optics aperture of f / 2.4. The interface is simple and easy to use. Four shooting modes are present, auto, magic trick (done four frames with different focus and that is strange, to choose the right focus must immediately – then there is no place to edit the captured image), panorama and dual (front and rear camera). Include every time HDR function for suitable conditions to G3 is not necessary – enough to activate HDR Auto and the phone itself will decide when to use it. At the front 2.1-megapixel camera provides 8-way adjustment knob skin – ideal for selfie. Also provided for self deferred for 3 seconds start chamber to prepare facial expressions.

The strengths of the LG G3 camera are color rendition, a peculiar pattern (although someone it may seem unnatural cartoonish), fast and accurate focusing, even with the lack of light (Samsung Galaxy S5 under the same conditions induced worse), a minimum of blurred shots. In good light pictures will please you good detail and nice color. Under low light, aperture f / 2.4 makes itself felt and photo abundantly covered with noise. However, the aid comes with double flash of the two tones. It is bright and mixes shades so that the subject is in the frame, natural colors, even when shooting in difficult conditions.

The maximum video resolution of 4K, but there are also traditional Full HD, HD. Quality visuals with stunning Ultra HD is obtained thanks to an optical stabilizer to shoot great video can be handheld without a tripod. Laser Focus brings the camera to the object is not as fast as we would like, but smoothly and accurately. If the AF tracking fails, you can make manual focusing – it is enough to point a finger at the screen and constant focus off (turned on by pressing the letters AF).

LG G3 is really a stable and well performing smartphone and similar is set after the LG G5 release date.

Previous How To Get Recover Data In Half The Time

Coco Chanel: The Life Of The Most Famous Fashion Designer Of All Times 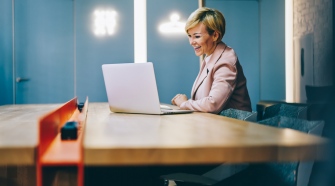