How to Ensure Smooth Admission Process in Post-Graduate Program?

Learn How To Teach Athletes To Perform Their Best Through Nutrition

Tips for Buying Your Family a Safe Minivan

Elucidating The Symptoms Of Different Kinds Of Epileptic Seizures

Food gives us life, and we all know this fact, but when food is tasty and flavorful, there’s nothing more beautiful than food. We have a lot of new dishes and recipes of modern-day but what do you know about rich and luxurious traditional foods.

Let’s define traditional food; aromatic enough to pull you in their direction, tastier than any of modern-day junk food, savory enough to lick fingers and whatnot.

It’s nearly impossible to write the beauty of traditional food in words. And when we are talking about traditional Persian food, then forget that you can ever have enough of that food. One of the tastiest cuisines in the universe is Persian cuisine. Present-day Iran is traditional Persia. Their cooks are world-famous for their tastiest and most fragrant food.

One of the several things which make this cuisine tastiest is their interaction with Caucasian cuisine, Turkish cuisine, Levantine cuisine, Greek cuisine, Central Asian, and Russian cuisine. The next thing is the spices they use in their dishes.

Spices flavor the food and give the magic that we are pulled towards any food. The spices used in Persian foods are unique, which gives the food an absolute taste. Saffron, Advieh, Cardamon, Shevid, Limu Amani are some of the main spices Persians use in their dishes. Along with the combination of arde and delal sauce is also used.

In India, Persian food is brought by the Mughal dynasty and Persian Muslim sultanates. Iranian have a wide range in their food. Their dishes mainly include several forms of kebabs, stew, soups, pilaf dishes, salads, desserts, pastries, and drinks. The main elements in their cuisine are rice, meat, and herbs.

Here we are going to talk about some of the most delicious Persian and Asian dishes that you must try in this decade:

One of the most popular Iranian dishes, ghormen sabzi that is an herb stew. It is also known as Qormeh sabzi. This is a must dish in their main course and is prepared by herbs like parsley, leeks or green onions, cilantro, and fenugreek leaves primarily.

This famous dish is served with chelow (Persian style steamed rice). Mainly it is a nonveg dish, but it can be prepared for vegetarians too.

You must have heard about this dish on menus of five-star restaurants. It is also a stew consisting of mutton, split peas, onion, and dried lime. Also, this stew is seasoned with saffron flavored potatoes. This one is also served with rice. It’s another name is Xores-e qeyme. You can savor this dish in various variants.

Known as a grilled chick, because this dish consists of chunks of chicken, some of them are without bone, and some are with bones. This is one of the most prominent and common dishes of Iranians. This dish is most often served at parties and weddings as an outstanding dish. This kebab is sometimes served with the chelow and other times wrapped in lavash bread.

Kebab koobideh or kobida is a meat-based dish made from beef or ground lamb. The meat is often mixed with chopped onions and peppers. Koobideh means slamming, and the reason for using this word in the name of the dish is the style with which meat is prepared. Kebab koobideh is often grilled on wide skewers with coal to give it a hot savory look and taste.

This is the main course meat-based dish and is popular since the 19th century in the Russian empire. Its main ingredients are meat, marinade, and onions. The origin of this dish is central Asia. It consists of cubes of meat. 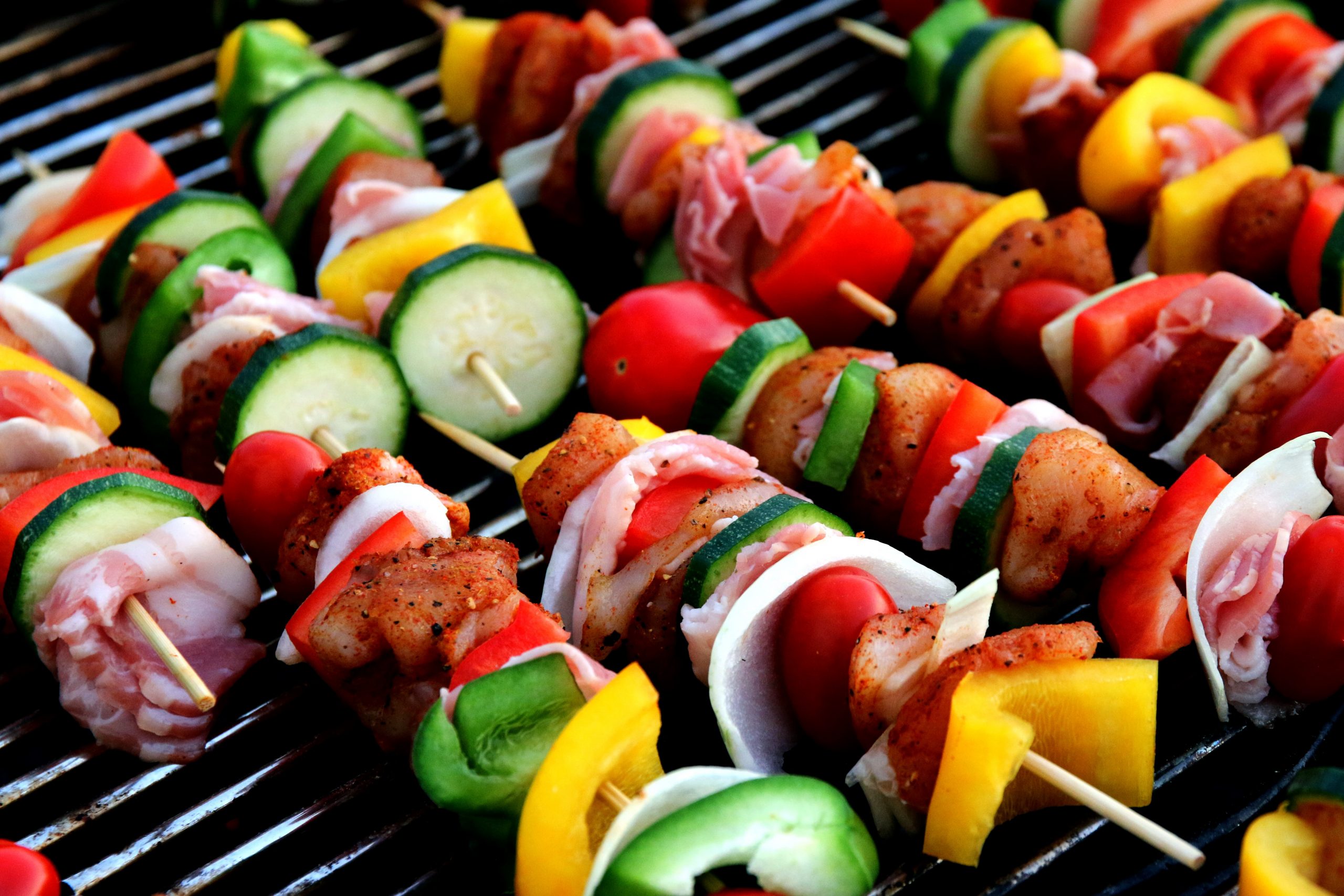 Originally lamb was used but nowadays beef, pork or venison are blended in preparation of this dish. Meat is marinated overnight in high acidity marinade with onions, herbs, and spices. Not only in restaurants, but this dish is also popular as street food in Iran.

This Iranian meatball recipe was originated from the city of Tabriz. This dish is served before the main course as it is like a meatball soup with ground meat, rice, leeks, and split peas as main ingredients. Also known as Koofteh Tabrizi is widely famous for its taste and flavor. It is available in different variations.

Who doesn’t know about world-famous and tasteful biryani? Biryani is famous in almost every part of the world for its aromatic flavor and heavenly taste. It is known by different names like biryani, biriani, and much more.

It is the main dish and was originated in the Indian subcontinent by Persian Muslims. Biryani is made with rice, spices, meats, and vegetables. It varies from region to region. This popular and savory dish has developed a niche for itself.

There are no occasions where you don’t find biryani, and it is a top dish in the main course of every restaurant. Its main ingredients are nuts, dried fruits, vegetables, potatoes, eggs, chicken, mutton, and beef.

Levengi or lavangi is the national dish of Azerbaijan and features in Persian cuisine. This finger lickable dish was originated in Iran and Azerbaijan. Its main ingredients are onions and walnuts, along with fish, chicken, or duck. 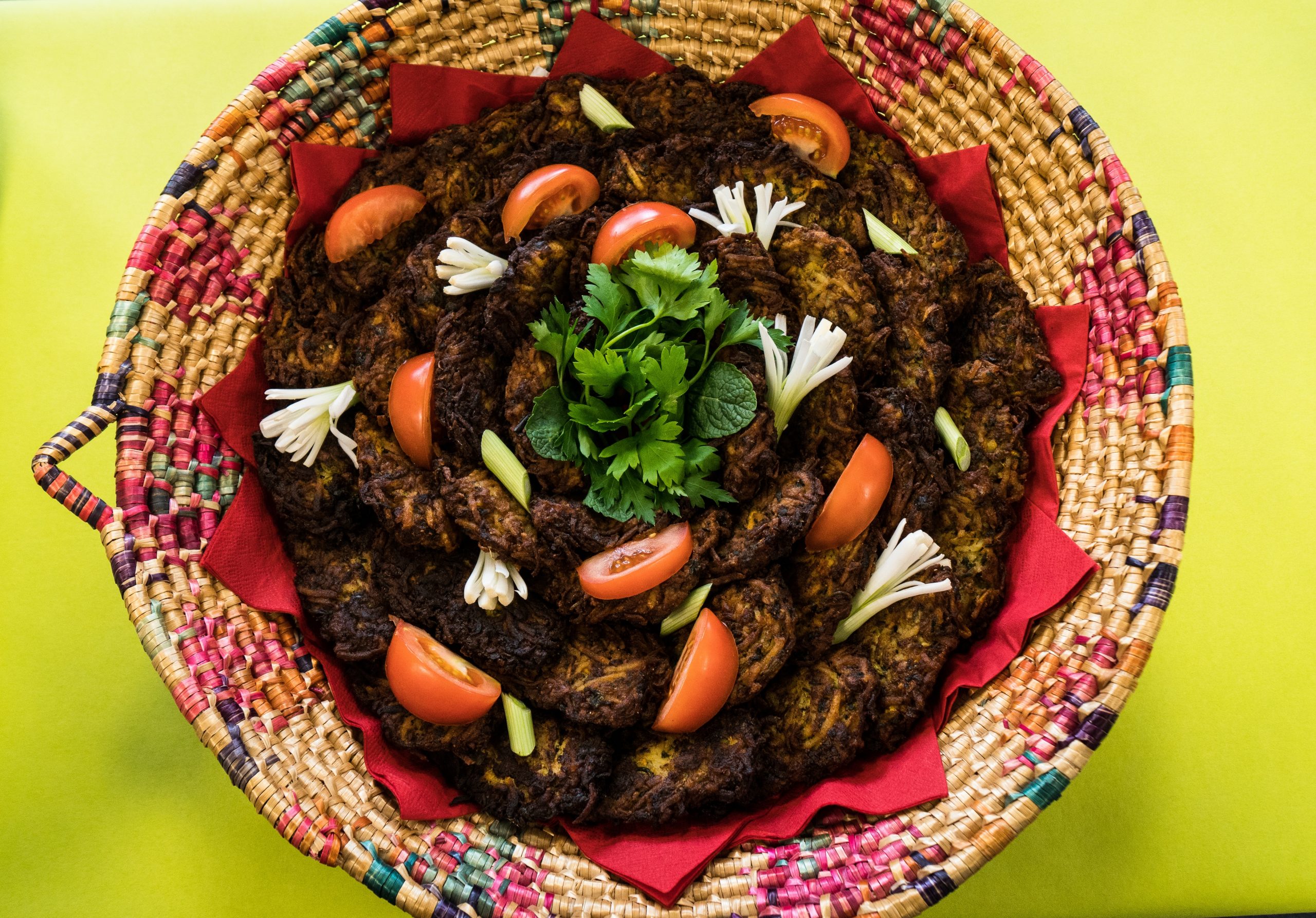 This is soup and originated in Iran and is also known as Kaljoosh. This tasty and delighted soup is prepared with lentils, white beet, and chickpeas. Meat is optional.

You must have heard about this tasty dessert. It is a traditional Iranian cold dessert. This sweet dish is served mostly at lunch and dinner. Vermicelli, sugar, and rose water are its main ingredients, making it an aromatic sweet dish.

It’s widely available in ice cream stores and coffee shops in Iran with different flavors like pistachio, saffron, honey, and rose water. A dessert after a spicy main course is what we need most, and faloodeh is the best choice there.

Iran is a perfect destination for foodies and other tourists too. They have a wide variety of food. From their main course to desserts and drinks, everything is rich, luxurious, and full of taste. Iranian dishes are divided into 4 categories, and you should try each one of them. These above-mentioned dishes are the most popular and tastiest ones from the whole menu of Persian food.

If you’re thinking about spices in Persian food, then don’t worry, they may use tons of spices, but their food is more tasty than spicy. The best part of this cuisine is that they use a mixture of nutritional ingredients that adds a health benefit. So, if you’re finding something which is tasty but not spicy, then your hunt ends on Persian cuisine.

Previous 12 Most Delicious Desserts across The World

Next 12 Tips to Make Quarantine Life Much Easier 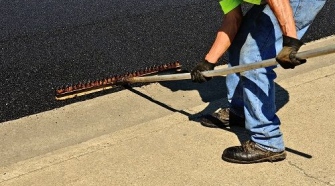