Getting The Lowest UK Prices On Steel Beams and RSJs

A guide to the emerging public transportation in Sweden

Have you ever wondered how far things have evolved over the years? The only thing that has been constant in this world is Change. Every minute millions of things are changing. In this article we are going to see how car tyres have been changed over the years.

Did you know how the tyres got their names? Before rubber tyres were invented, craftsmen made wheels called Wheelwright. It would have forged bands of steel to the wheels of carts. The steel band would tie the spokes of the wheel together, and hence it was called “tyre” and the same name has been used till now.

Rubber tyres were invented in the mid 1800’s with the inspiration for rubber tyres actually coming from Native Americans. Some explorers have seen them using the sheet of rubber for waterproofing, and Charles McIntosh was experimenting on latex – a sap product which came from a tree in the Amazon.

But this material had a problem, this material was brittle in cold weather and it became sticky in hot weather, and then in the year 1839, Charles Goodyear added sulphur to it which gave the latex elasticity and strength. The experimentation was spread all over Europe and America. And then in the mid 1800’s rubber tyres were invented, those rubber tyres were solid or cushioned and were able to carry the load, absorb shocks and resist cuts. These cushioning tyres were used in carriages and bicycles then.

Did you know that there are many interesting stories behind the birth of pneumatic rubber tyres? It was actually created by an individual to help his son. When John Dunlop found that the tyre of his son’s bicycle wasn’t comfortable, he tried to (and succeeded) in  inventing the pneumatic tyre. When Dunlop wanted to establish his finding, a controversy was created stating another person by the name of Robert William Thomson had already patented a pneumatic tyre in 1845.

It was only in 1888 that John Dunlop applied for the patent. But finally Dunlop won the legal battle, as he had an established Rubber Company. But the first pneumatic tyres for automobile were pioneered by the two brothers of the Michelin family, Andre and Edward. They were the ones who equipped a car with their invented pneumatic tyre and did a trial run as well.

These people only created the radial tyres in 1948, which was a revolutionary achievement. These steel based tyres had many advantages. They had a long life, increased mileage of the car but also had the disadvantage of having a different suspension system. But it became popular gradually. In 1898 the Good year Company discovered vulcanized rubber which was another milestone in the tyre industry.

In the following years car tyres had an inner tube placed inside them which was filled with compressed air and an outer rubber casting which protected the inner tube. The outer layer had many layers of rubberized fabric cords embedded in them, which made them strong and suitable for all roads and even for jungle rides.

The tyres of cars have evolved a lot in the recent past. Just take a look at the tyres at www.GilnahirkTyres.co.uk. Even the air used to fill the inner tube is being experimented with. Some filling stations offer to fill nitrogen gas for better performance. Various types of tyres are being used for various types of cars, and the car owner’s specific needs. Heavy tyre development has been happening especially in race cars, however nothing revolutionary has happened so far. Let’s see what the future has in store for us. Below is the list of major happenings in the history of tyres.

Previous Hundred Years Of Passenger Pigeon“Martha” Death, It Was Totally Our Fault

Next What Is The Most Popular Plastic Surgery In 2014

3 Tips to Being A Safer Driver Starting Today

Why You Should Leave Flower Picking To Professional Florists

Sorting Toward Oneself Out Origami Robot Unfolds Itself… Furthermore Strolls 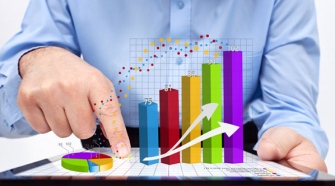 Get Better Investment Returns With The Experts