How Golden State Warriors Change The Entire Scenario Of NBA?

What Is The Most Important Thing In Choosing A Broker?

How To Make The Most Of Job Listings Online?

100 years passed that passenger pigeon “Martha”as species went extinct by this year 2014 September 1st. The passenger pigeon took its last breath at Cincinnati Zoo; the bird is most abundant in North America.

It was Totally Our Fault

The birds were found all over the United States, they lived in greatest abundance in Ohio and also surrounding states.

John James Audubon was one of the first naturalists; recounts witnessed a flock so large along the Ohio River it took three days.

Unexpectedly, 100 years ago, it was just beginning to grasp the effect was having on the natural world. Hunting the passenger pigeon for meat supply and rapidly growing cities in East resulted in the yearly slaughter millions of birds. Catastrophic loss of their nesting places with rapid deforestation of the eastern and Midwestern states. These sudden effects changed the fate of the Passenger Pigeon, within 50 years of time the birds comprised 40% of entire migratory birds.

This tragic story of passenger pigeons realized Americans to protect species like whooping crane and American bison. They opened their eyes and that came to the realization that natural resources and treasured wildlife species valuable to let perish, they need to be protected for future generations.

The plan is to obtain DNA from preserved passenger pigeons, with a lot of money and technology improved in these days; we may see this plan could get success in the coming years. We can bring back the pigeons with the strength of the bio – tech revolution.

Next How Have Car Tyres Changed Over The Years 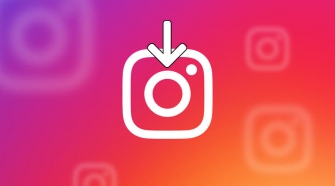