10 Places to Explore in London By Bus

The Pros And Cons Of Merging Businesses

Effective use of social media can be the difference between a brand taking off or being successful at key points in the year. We’ve all seen good ones, but we’ve also seen the ones that just wither away or outright offend people. It’s not an easy formula to get right, but by intricately combining the different outlets for social media, alongside a bit of skill and hard work, a campaign can really take off.

This is the beauty of integrated social media. And this year’s various Christmas campaigns could be an insight into the future of social media, too.

Marks and Spencer’s 2014 Christmas campaign is a little different to those of past years. Gone are the big, celebrity-heavy adverts of previous years. Instead, perhaps following in the footsteps of John Lewis’s recent Christmas successes (more on them later…), M&S have opted for #followthefairies.

Follow the Fairies is an integrated campaign which allows social media users to follow the fairies movements as they carry out ‘random acts of kindness’ across the UK. The fairies themselves are promoted in the Christmas TV advert. However, for weeks before this, the fairies were already making a name for themselves on social networks with their random acts.

This goes to show how using social media beyond the basic ‘@ ask us a question’ or hashtag games, in an innovative way, can really pay off and create a buzz around the company.

Much like the fairies, this year’s John Lewis campaign also allows social media types to follow the main character in their Christmas advert – Monty the Penguin. John Lewis have spent big – £7m to be exact – on their integrated campaign, which includes in-store displays, the store’s YouTube channel, even educational content about the plight of the Adélie penguin. And so far, it has worked, with masses of people talking about and sharing the advert.

However, one way in which the M&S campaign differs is its ‘unbranded’ nature. Many social media campaigns have had stunts, displays or splinter accounts alongside their traditional social media platforms, which integrated campaigns are effectively a glorified version of. But in those weeks before the M&S advert launch, no one was even aware the Two Fairies were associated with the brand.

Unbranded campaigns have been seen before (for example, the Heinz ‘no noise’ campaign, where bottles of ketchup or cans of baked beans were rid of their familiar branding), but this seems different. At least with the Heinz campaign you have the visual reminder of the familiar bottle or can. Marks and Spencer’s, however, were acting without anything to make the connection.

This may just be to do with maximising the ‘Christmas-ness’ of the advert, as opposed to the often clunky brand reveal in similar campaigns. And whether this will work beyond a period as unique as Christmas is unknown. However, it points at a new angle for established brands’ social media campaigns. Instead of plastering their name everywhere, they’re forgoing the name, and instead just focusing on the pureness of the campaign.

IS IT THE FUTURE?

It’s difficult to say. However, either way, several aspects of familiar campaigns are now being combined far more frequently to make a more inclusive and integrated social media campaign. And it seems to be working. Whether it will work for smaller businesses, or have anything beyond seasonal appeal remains to be seen.

However, it is a useful reminder to businesses of just how getting the social media formula right can be incredibly effective. And if this means introducing new components or combining different forms of social media, sometimes this innovative approach can reap rewards.

Danny Hall is the Co-Director for established SEO agency- Freelance SEO Essex. Established since 2012, Danny and his Co-Director Danielle Haley have built up an outstanding reputation in the local are with their ethical and organic attitude to SEO.

Next Neighborhood and Culture Of Halifax, Nova Scotia

Make Your New Identity In Your Business Marketplace

How Technology Is Advancing Cosmetic Surgery

5 Food Certifications To Boost Your Resume 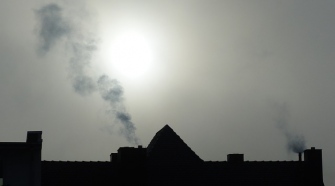