4 Home Safety Concerns To Prepare For This Winter

The concept of a paperless office has been around now for over 40 years and, whilst successful implementations remain largely a myth, many organisations have actually dramatically cut the amount of paper they use during that time. The advent of the desktop computers, the internet and mobile technology have revolutionised the way we communicate, naturally cutting the amount of paper used in the standard office to a fraction of what it once was.

Unfortunately, and for a number of reasons, the divine paperless state has largely never been completely achieved. Whilst many organisations have taken drastic steps to cut waste and paper usage, the majority have found it necessary to retain at least some hard copies of documents and data. As the paperless buzzword has died down over the last couple of years, many have turned their attentions to tackling other pressing issues.

In fact, many organisations feel they have done all they can to get as close to paperless as possible, discouraging printing and encouraging the use of electronic communication wherever possible. Nevertheless, there are still several solutions that aren’t being implemented that could help companies inch ever closer to becoming truly paperless.

Virtual data rooms, or VDRs for short, are large online file repositories set up specifically for the storage and transfer of an organisations confidential data. Rather than storing hard copies of information relating to deals, clients or investments, these files are uploaded electronically to a data room in which they are kept under virtual lock and key.

The solutions are available off the shelf on a subscription basis that starts at somewhere around £100 per month for a basic package. They offer high levels of security and the ability to virtually restrict access to files or directories for certain users or user groups. They have revolutionised the way corporate financials store and transfer their data and are quickly becoming popular in other industry sectors.

Moreover, VDRs come packaged with a number of other audit and reporting features making compliance, due diligence and end of month reports far easier.

To make significant strides towards a paperless office, both staff and management must be on board. Whilst getting the management team singing from the same hymn sheet (or tablet!) might be relatively straight forward, staff will only engage if their day to day lives are not made more difficult.

This means setting up reliable email exchanges, office telecoms systems and a virtual meeting place solution. Moreover, make sure staff have two monitors as standard as the reason many people print out documents is to cross reference them with what’s on screen. Personal scanners for each member of staff or each small group of staff means incoming paper is dealt with quickly and can be recycled rather than being filed away.

If you still have clients who insist on faxing you orders or invoices, work with a provider to have these sent direct to an email inbox. The technology is well established and inexpensive to install.

Install whiteboards rather than flipcharts in meeting rooms and breakout spaces.

Paper-light Rather than Paperless

Announcing to staff that the office is going to become paperless is a bold, sweeping statement that sets one up for failure. The most common reactions will be ‘yeah, right’ or ‘unlikely’ in all but the most eco-friendly offices. Instead of going for the jugular and banning all paper by Q3 of that year, implement a strategy to become less reliant on paper than can be expended once the initial goals are met.

Encourage staff gently to reduce the amount of paper they produce rather than make them feel guilty about all that they handle as quite often there is no better alternative than a hard copy of a document or file. Ensure recycling bins are placed around the office so that any non-confidential documents can be effortlessly recycled. Re-fill ink cartridges rather than replacing them once they have run out.

A softer approach will have a less daunting effect on staff and, when visible steps are made to reduce the use of paper, will actually encourage them to come aboard of their own accord. In the long run this will be far more effective than banning paper outright and throwing out the printers on day 1.

Why Should You Consider Monitoring Your Employees’ Phones and Messages?

Leukaemia Doctors in India Offer the Perfect Treatment for You 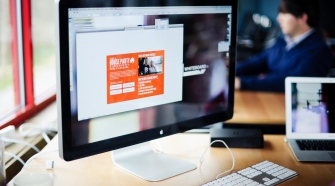 Trends In Web Design That Deserve A Revival