All That You Wanted To Learn About Getting Customized Rings

Tips To Improve Business Through Online

MANCHESTER, Tenn. – In a warehouse next to his home, David Pennington, the mayor of Coffee County, stores enough pop-culture memorabilia to make a lesser collector gasp. There are entire walls of Gene Autry items, faded Coca-Cola signs hanging from the ceilings and rare baseball cards in a glass display case. Stashed throughout are reams of posters, tickets and magazine clippings for the Bonnaroo Music & Arts Festival, which begins its ninth season on Thursday and is the pride of this bucolic small city in central Tennessee.
Especially dear to his heart is an unused ticket to Woodstock in 1969. Mr. Pennington, 60, keeps it to commemorate the trip he canceled to take care of his young family. But it also represents Bonnaroo´s dual ambitions: to be a cultural touchstone known around the world, yet – unlike Woodstock – to be efficiently run, with smoothly flowing Interstate traffic. The festival found fame at the start, but after a traffic-clogged first couple of years, many people here say the goal of efficiency has largely been achieved.

"They´ve got it down to a science," said Mr. Pennington, who also owns a restaurant offering a rather more congestive Bonnaroo Burger, topped with an egg and two slices of bacon. "They´ve got a traffic person that knows just what they´re doing. They get those people in, and everybody around here just operates as usual. You don´t even know they´re out there. You´ll see."

This year Bonnaroo will feature more than 100 acts through Sunday, among them the Dave Matthews Band, Stevie Wonder, Jay-Z, Norah Jones and Kings of Leon. Past Bonnaroos have attracted up to 90,000 fans; although it has not yet sold out this year, more than 75,000 people are expected, according to Ashley Capps, one of the promoters. Tickets for the full weekend are $250. From Friday to Sunday both YouTube and the NPR Music Web site will be streaming performances.

Such big numbers usually lead to traffic nightmares, which is just what happened in Bonnaroo´s first year, 2002. Festival organizers warned officials about a tide of tens of thousands of cars. But since a previous festival, Itchycoo Park, had been a flop, and Bonnaroo´s marketing and ticket sales had all been online, with no traditional advertising, no one in town took its claims seriously. "Bonnaroo gave us fair warning, and we just laughed at them," Mr. Pennington said.

Since then the festival has worked out an extensive traffic plan with the state and local police, involving a temporary exit and dedicated festival lanes on Interstate 24, as well as a helicopter to guide the parking staff on the ground. "We got it down," said Steve Graves, the sheriff of Coffee County, which includes Manchester and has a population of about 52,000.

A 2005 study by two professors at the Middle Tennessee State University found that Bonnaroo contributed about $18 million to the local economy, and Mr. Pennington estimates that since then it has grown to more than $20 million. Signs welcoming Bonnaroo fans hang in stores throughout Manchester, and tie-dyed Bonnaroo T-shirts can be spotted underneath waitresses´ aprons and Wal-Mart clerks´ uniforms.

Three years ago Bonnaroo´s promoters bought most of the land on the site, a former farm, and they plan to stage more events there during the 361 non-Bonnaroo days of the year. Mr. Pennington said he hopes they will serve as an anchor to attract more music-related businesses to the area.

"I see the music industry as something we can tap into here in Manchester," he said. "The recording artists, the recording studios, the songwriters. Not as big as Nashville, obviously, but that´s the new industry that we want here. And with Bonnaroo here, that makes a difference."

Mr. Capps, the promoter, said that Bonnaroo´s biggest challenge is maintaining a strong identity in the face of competition from other festivals around the country, like Lollapalooza in Chicago and Coachella in Southern California. They, as well as many other smaller but still significant events, are all bidding for the same acts and trying to attract out-of-town fans.

"It´s something that we´re conscious of every year," Mr. Capps said. "How do we maintain the thread and be true to the core of what the Bonnaroo experience is without repeating ourselves year after year after year?"

Bonnaroo´s core might have as much to do with its audience as the music. The festival grew out of the post-hippie jam-band scene, which has traditionally been an open-minded, loyal and not terribly fickle audience: an ideal constituency for an annual festival that relies on repeat customers. Over the years Bonnaroo has served as a kind of training ground for bands to return again and again, to ever bigger crowds. Kings of Leon, for example, has played there three times before.

By Tuesday evening the pilgrims had begun to arrive in Manchester, with drum circles forming in the Wal-Mart parking lot and teams of dreadlocked, flip-flop-wearing fans taking turns going in the store to stock up on beer, comfort food and rubber boots. (The weather forecast called for plenty of rain.)

Steve Willis, a 59-year-old mail carrier from Manchester, shopping at the Wal-Mart, praised the festival and local authorities for keeping the traffic flowing as well as can be done. The roads, although slow at the beginning and end of the festival, are navigable. "It´s kind of hard to get around some times," he said. "It´s a little bit of a hindrance, but it´s not a big deal."

His wife, Donna, 54, looked out over the Wal-Mart parking lot as the sun went down.

"I think it´s wonderful," she said.

This article has been revised to reflect the following correction:

Because of an editing error, the byline for an article on Thursday about the Bonnaroo Music & Arts Festival was omitted. The article was by Ben Sisario.

What To Expect Out Of The 2016 NFL Season

Where You Go Wrong While Putting On Makeup? 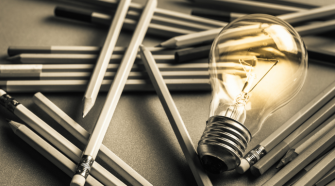