Discovering The Benefits Of Snow Guards

Italian Food Essentials Which Are Good For Your Health

Isolated And Living Together – The DIY Divorce!

The story of cryptocurrency began a new chapter recently with the announcement that Facebook is to launch Libra. The social media giant’s foray into the world of cryptocurrency has attracted plenty of column inches already – as any news involving Facebook does it seems – yet it is undeniably significant. If payments between friends on platforms such as WhatsApp and Messenger become easier and don’t require the involvement of a bank then it’s another important step in the journey of cryptocurrencies in general.

Where will the story end? Well, forex experts IG have looked ahead to the world of money in 50 years time to attempt to demonstrate how currency will be traded in 2069. Its research – A Time Traveller’s Guide To The Future of Trading – suggests that cryptocurrency will have won the battle with fiat currencies by then, with blockchain networks also replacing exchanges.

It states: “It may sound like lofty thinking, but the introduction of a global cryptocurrency and mainstream adoption of blockchain could be closer than we think.

“Through cryptocurrencies such as bitcoin, ripple and litecoin, blockchain is already being used to store transaction data in secure, transparent and readily-available databases.

“Additionally, a number of cryptocurrency networks are already powering smart contracts and decentralised apps (‘dapps’) – including Ethereum, NEO and EOS.IO – suggesting that the popularisation of blockchain and cryptocurrency trading accounts may not be too far away.”

To understand IG’s analysis in greater detail – and see its other predictions – see the full guide below.

Brought to you by IG

Previous Inspirations for Interiors from the Best Decorated Offices in India

Next The North Queensland Guide

How Students Could Improve Their Ability to Memorize? 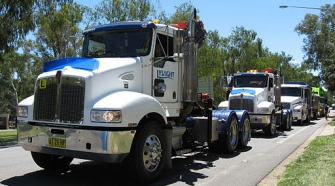