Just like the great evolution of human beings, office layouts and designs have been gradually evolving over the years primarily attributed to changing cultures. The first office is thought to have originated in ancient Rome and began as simple spaces where official work was conducted. It was, however, the until the 18th century that buildings dedicated to housing offices were developed in the British Empire with the first office building, The Old Admiralty Office built in London in 1726.

From openness to privacy, opposite to adjacent to changing ergonomics coupled with technological advancement being witnessed in the office environment today, office spaces have indeed significantly evolved over the years. Today, office design has become a much more cultured process with an increasing focus on creating workplaces that center around the individual, and that promote not only productivity and efficiency but also creativity and wellbeing. Below is a short history of the interesting evolution of office spaces starting in the 1980s.

The 1980s was a period of a double-dip economic recession with a typical office consisting of track lights, over-padded couches, and a cubed seating system. The office layouts comprising a cubicle design suited an independent worker. Some aspects of the 1980s office style notably the archaic cubicle is still evident today although with a sense of eclectic creativeness to satisfy a creative worker thanks to the influx of creative jobs. The 1980s office design also featured shiny office furniture perhaps to create a stylish and classic feel. The traditional potted plant still being seen in offices today was also part of the interior décor in the 1980s office.

The 90s was an era of extensive technological advancement with the office spaces getting a little more modern. The office layouts drastically changed from the archaic cubicle of the 80s to an open layout to suit workers who were more integrated, dependent and more sociable. The open layout office design created “virtual officing” where workers would not be allocated working desks instead employees would select any desk depending on how early they were to work.

The most prominent change offices experienced in the 90s was technological advancement which saw a substantial increase in the number of computers being used in office spaces. However, the majority of the work was still being done on paper rather than on the computers as most employees were not skilled in using a computer coupled with the high cost of computers that most offices could not afford. Employees health and safety concerns experienced in the 90s saw offices equipped with ergonomic chairs and safer equipment to enhance comfortability while still ensuring productivity. The internet was also still developing but was significantly limited by the slow technological advancements experienced in the 90s. This made working from home a dream far away from reality.

The rapid technological advancement witnessed in the 2000s era significantly changed the office layout and design in addition to functionality. Offices in this era are characterized by industrial lighting, exposed pipes, huge open plan layout, modern technology which have even enabled virtual-officing and hot-desking. Homely designs inspire office layouts in this ers with advanced offices featuring a working space, relaxing lounge, washrooms, bathrooms, closets, and even a bed. The office designs today feature excursions into sheer grandeur aimed at offering workers comfort to enhance productivity and creativity.

The tremendous technological advancement witnessed in the past two decades has created a flexible and friendlier office working environment through innovations such as virtual-officing and hot-desking. Modern office furniture is customized according to a company’s brand and is much more comfortable than in previous decades. The minimalism concept has also been widely accepted in most offices looking to create a harmonious and straightforward office environment that indeed invokes creativity and increase productivity. In this era, finding your perfect office space is easier as compared to other decades thanks to advancement in technology involving the internet and custom made application in addition to professional real estate agents specializing in office spaces.

Conclusion. How will Offices look like in the future?

With the rapid advancement in technology, it is difficult to predict how offices in the future will change. However, future offices will certainly have instant access to information via interconnected systems most probably blockchain systems which will have a decentralized, open consensus. Extreme technologies such as virtual reality and holograms will constitute the office environment smoothening workloads in addition to enhancing creativity and productivity.

Previous Affordable No Down Payment Auto Insurance Without Any Obligations

Various Business Strategies Which Fosters The Growth Of Business

What Is Winstrol? And How Does It Work? – Must Know 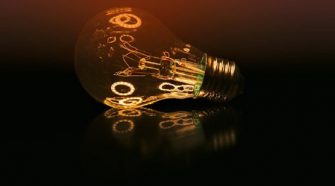 The Importance of Energy Management Systems for Business