How to Choose the Proper Body Kits?

Why Should You Invest in Travel Insurance

It is safe to assume that the Ford Explorer is a household name throughout the United States. Ford Motor Company has many successful lines of vehicles, and their line of SUVs (known as Explorers) is one of them. However, the company decided to test the waters of the more trendy auto buyers out there with their more recent version of their iconic SUV.

In 2012, Ford came out with a more high-end version of their SUV, calling it the Sport version of the Explorer. This new vehicle included features such as an EcoBoost engine, three rows of seats, stiffer springs and dampers and a sleek black grill and trim. Accompanying an impressive array of features both inside and out, the Explorer Sport is pricier than the original version, but much lest costly than other automakers’ similar versions. The company seems to be competing with other luxury crossovers, but caters to those interested that are a little lower on the pay scale. According to various magazine reviews of the vehicle, the price difference between the Explorer Sport and its assumed competitors comes in at around $20,000, saving buyers a hefty chunk of cash.

Ford soon found that this unique mix of features paired with the cost created a new, favorable buyer base. According to a recent Forbes article, a majority of the automaker’s regular customers make below $150,000 a year, but this isn’t quite true for the Explorer Sport. With more than 40% of buyers earning more than $150,000 a year, it is safe to say this vehicle has attracted more affluent buyers than what Ford is used to seeing in its showroom. These buyers may not be looking at just the lower price either, as nearly all sales of this vehicle included the higher level trim package that tacks on another few thousand dollars. In addition to more wealth, these new consumers are more educated and younger than the average Ford consumer. This vehicle could be a new opportunity for the Ford market, as it presents a whole new demographic that may be interested in their products.

This new demographic isn’t the only buyers, however, as the new features that come with the Explorer Sport appeal to the masses. The Sport has all the appealing features of its older brother, including large passenger and cargo capabilities, a quiet and comfortable ride, and performance and handling that has no complaints. In addition to this and the features mentioned earlier, it is packed with the twin-turbocharged, 3.5-liter V-6 EcoBoost engine, up-rated brakes, larger tires and additional chassis bracing. In short, it is perfect for those looking for something right on the edge of practical and fun, luxury and affordable, or big and fuel-efficient.

If Ford takes anything from this success, it should be that successful luxury vehicles aren’t completely out of reach for the company. By taking a few lessons from the Explorer Sport, they have the potential to significantly enlarge their customer base. It’s time to go back to the drawing board, Ford!

Written by Chad VanNess of Fulton Ford, a Ford Dealership in Fulton, MO. Fulton Ford is a short drive outside of Columbia, MO, and serves the Fulton, Columbia and Jefferson City areas. They have the latest line of Ford trucks and cars for sale, as well as a great selection of used cars and trucks.

Previous How to Choose the Right Bike and Safety Gear?

3 Keys To Being The Safest Driver On The Roads

3 Things Your Plumber Wishes You Knew

Bajaj Auto to launch four-wheel RE60, but it is not a car

Ahmedabad: A City Where Tourism, Culture and Commerce Co-exist 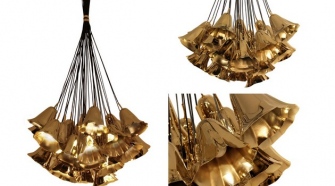