Getting a Car on Finance Know your Stuff

6 Pros and Cons In Becoming a Professional Poker Player

5 Benefits of large Format Scanner for a Business Organization

Enhancement To Car Deal Approaches and Increasing Its Purchase Systems

In 1994, the Three-Strikes law was passed to add years to defendants’ sentences if they have two or more serious or violent convictions. As a result, defendants with only minor offenses could be sentenced to life in prison, if they were prosecuted as a third strike.

Following the passing of the law, not only do the defendants need to battle against their current conviction, but they also must defend themselves against their past crimes in a new manner. The third strike not only has a significant impact on a defendant’s life, but it also deeply affects their family and friends, too.

The First and Second Strike

While a first strike would more than likely result in the defendant receiving probation, they would be one step closer to enduring a lifetime in prison in California. However, a second strike would potentially double a defendant’s sentence, and it is common for defendants to be ineligible to receive an alternative sentence, which means a judge has no other option but to enforce jail time. What’s more, the convicted offender would have to serve at least 85% of their sentence before they could apply for early release.

Unfortunately, juveniles are no exception to the three-strikes law, as anyone over the age of 16 years old could receive one, two and three strikes, so a conviction of three crimes could result in a juvenile receiving 25 years-to-life in prison.

Not every crime committed would count as a strike; however, it is possible for an offender to receive three strikes in a single trial.

To receive a strike, the defendant would have:

However, some offenders could also receive life sentences for a non-violent offence, as it was not uncommon for a defendant to have received life imprisonment for stealing loose change from a parked vehicle or for possessing a small number of narcotics.

Fortunately, the Three-Strikes Law witnessed a reform in 2012, as Proposition 36 granted relief for an offender who received a third strike for an offense that was not deemed serious or violent, meaning they would no longer receive a mandatory life sentence.

Good news also came for three-strike offenders, because those who had committed a minor offense under the three-strikes law could make a petition to the court for a reduced sentence. Anyone looking to make a petition to the court would therefore be wise to contact an experienced Orange County Criminal Defense Attorney, such as Criminal Defense Team.

The Three-Strikes law is still in use today, but excludes minor convictions. Unfortunately, it continues to impact the lives of minority defendants, provides an offender with no hope of rehabilitation, and it is unlikely to reduce the crime rate. More importantly, it can, at times, be a violation of the Eighth Amendment right against cruel and unusual punishment. It is therefore more important than ever to contact a talented attorney to effectively handle a case.

Previous Tips and Tricks For The Sous Vide Cooking Technique

Who Does And Who Doesn’t Need Singapore Math?

5 Tips For A Polish That Takes (really) Good! 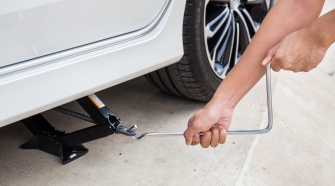