Trends in Television Technology – From HD to 4K

Keeping Your Vehicle Driving for Many Years to Come

7 Days Backpacking Across Kerala – North To The South!

Read What You Do Not Know in Your Childhood

Below straight away jumping into the topic and the detailing gets shallow the water first and get to know the types lenses used in polarized sunglasses that are available in the market.

Following are the types of lenses that are used in the polarized sunglasses:

.75 mm lenses: –  .75mm lenses are used in the types of polarized sunglasses that are strictly made for most of the casual sports such as running, golf, cricket, etc. They are made up of thin sheets of film and are considered as the best option in case resistance is not an issue.

1.1mm lenses: – Unlike .75mm lenses they are made up f thick sheets of film and are highly resistant. They provide a better glare reduction and also more expensive than other lenses. There is one similarity between the two i.e. both of the lens have a same polarizing layer.

Comparison of Polarized Lenses with Other Lenses

Tinted lenses are best known to provide reduced brightness as compared to polarized lenses. But the biggest differences between the two which makes polarized lenses better option is that polarized lenses eliminate harsh glare. Remember, it is not compulsory that every darker lens provide protection from UV rays.

Sportsmen usually use polarized lenses as compared to sports sunglass due the benefits it offers. Sports enthusiasts such as Golfers, Cyclists, Water-Sport Athletes and joggers all of them are highly benefitted with the polarized lenses. Even the common people such as boaters and fisherman have also reaped the benefits provided by polarized sunglasses.

There are so many benefits polarized benefits that it offers: –

Better Visual Contrast: – Polarized Sunglasses block the effect of glare which results in improving the vision. They provide brighter contrast which in turn results in a better safety for performing many outdoor activities.

Color Perception of Lenses: – Polarized Sunglasses are are made up of lenses that help in improving color perceptions. As a result, the colors appear brighter, clearer and bolder.

Eye Stress Reduction: – The major benefit which comes with Polarized Sunglasses is that they reduce the eyes strains by blocking the harmful army so that the stress that are on the eyes get reduced to an extent.

How does polarization work in Polarized Sunglasses?

The real buzz kill that glares, that is caused when the sun’s rays reflect the light in every possible direction when it hit the flat surface, the light so reflected shines back at the eye and is magnified.This eventually reduces color perception and distorts the view which can cause temporary blindness.

This is the real issue of concern, since most of the sunglasses do not possess because they are not designed in such way.

Fight Bravely Against ALS Disease With Support From Deanna Protocol

Tips On Collecting Silver Coins While The Market Is Down

Virtual Used Car Dealerships: Is It The Question Of Trust? 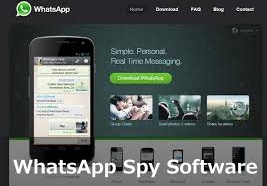 How To Hack Someone’s WhatsApp Messages – A Basic Guide