How Facebook Plans To Remove Clickbait From Your News Feed

Getting Divorced? Do It The Smart Way

My mother worked so hard that she would come home crying each night. I would have to help her remove her shoes and soak her feet, just so that she could stand up and take a shower. She faced all of these trials, to do what every day? At the end of every day, she would simply start the process over again. This meant working 10, 12 and sometimes 15 hours a day, trying desperately to make ends meet. Ultimately, she had to quit working; her body couldn’t take it anymore. I vowed for that never, to be my life. I knew I needed a degree.

This article is not another sob story, or tearjerker that is meant to pull at your heartstrings and guilt you into getting an education. In truth, I am not attempting to anything more than share my story. After all, nothing that I say- or anyone else for that matter- will “convince” someone to do something that they wish not to do. Rather, I hope by sharing my story, someone can be inspired.

Why did I need a degree? The choice was always simple. If I wanted to leave the ghetto and poverty, I needed to work hard and get my education. I was the first generation in my family, to attend college and graduate. I did this because I saw no other choice. My mom couldn’t move away because she failed to receive her education and she instilled in me, the drive necessary to get an education for myself.

Logically though, an education meant that I had potential. Think about this… A person, who only has a high school diploma, is reduced to taking menial jobs that pay- at most- 10 to 12 dollars an hour. For a yearly salary- supposing that I never miss a day of work, and work a full 40 hours a week- I will make about 19, 000 to 23000K a year. At face value, the number seems plausible and quite nice. However, I have never taken face value. Thus, I did some math:

Food: Thinking about the market and how I love to eat, I would say about $3 to 6K a year.

Transportation: I knew that I hated the bus so I needed a car, insurance and gas money.

What am I supposed to do about clothing, furniture, or anything else like a savings account? Therefore, an education is crucial to survival in society. But even if the numbers’ game is not appealing- though it was for me- let’s look at the market trends and survival.

If I wanted a job that would pay decently and treat me with an ounce of respect, I needed an education and a degree. Let me say that, not all minimum wage workers are treated poorly. Nor am I claiming that bosses are inherently evil. However, I have been a high school worker, I have seen high school grads working in companies with me, and I have seen their treatment. Far more often than not, they are treated without proper respect, dignity and trust. Not to mention, high school workers are released quicker than anyone else. Thus, there is very little job stability when an individual doesn’t have a degree.

It was sad but true; a simple piece of paper meant a better life for me! The final straw, though, was not my numbers game, it was not the treatment quality, nor was it the job stability. I got pregnant right after high school. An education not only became my only choice, but it became my life’s mission.

As much as I love my mother, she could not prove to my sister that an education is important, because she herself didn’t have one. I did not want that to be my fate, with my son. I needed to be a role model for him and for other children in our neighborhood. They needed to see that, yes, you can make a difference and attain a better life! I needed to be the example, the exception and now, for my son, the rule.

Why do you need a degree? As a society, we need to move towards the betterment of our people, all people. The world is changing rapidly and in order to be competitive, a degree is no longer a choice. It is a necessity. A degree gives an individual options; it opens doors that would not have been there otherwise. A degree gives financial stability and job possibilities. A degree, above all else, gives hope.

Next ENGINEERING: A FIELD WITH A WIDE RANGE OF JOB OPPORTUNITIES 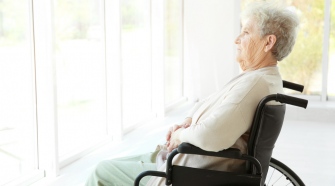