According to NASA, astrobiology encompasses more than just the search for extraterrestrial life. It also includes the search for the origins of life and attempts to predict the future of life both on Earth and in the greater universe.

Astrobiology attempts to answer some of the most fundamental questions of the human condition, and I have to apologize in advance, because this description of astrobiology is almost entirely written in the form of questions. Perhaps, though, that is most appropriate for a branch of science that is really still in its infancy, taking its first steps. Astrobiology is analogous to a curious child asking the most fundamental questions about the human condition. Where did we come from? Who are we? Are we alone? Where do we go from here? Astrobiology refines these questions from this high level.

Where Did We Come From?

The first question seeks to unlock the chemistry of the origins of life on Earth and elsewhere. What conditions must exist for life to arise? Beyond a simple chemical soup recipe, is there something more required? We know the composition of the basic building blocks of life on Earth, but is this the only solution set that leads to life?

Once life arises on a planet like Earth, or at least one similar enough to support life, what triggers its evolution into competing organisms? How does intelligence evolve? We have all, humans, plants and animals, evolved from common origins. What led to the differentiation? Why should there be such diversity in life on a single planet instead of one perfect bacteria population that grows until there are not enough resources left for a larger population? How does the advent of intelligence and technology affect the future of human evolution?

Astrobiologists seek to define the conditions that are likely to support life and then find planets both in the solar system and outside it that show evidence of those conditions. Others seek to answer the question of whether we might ever find extraterrestrial intelligence through a mathematical formula known as the Drake Equation, while astrobiologists seek to fill in the equation’s variables that today can only be guessed at. In the study of our own solar system, more and more places that could support life are turning up. Earth, of course, presents the perfect storm for the origin of life, but Mars also shows signs of once having been a warmer, wetter world that may have allowed life to arise there. The moons of the distant gas giant planets Saturn and Jupiter have chemical make-ups from which life might arise. Some also possess oxygen and water in sufficient concentrations to support living things more complicated than simple single celled creatures. In the next decades, as we send probes able to land and analyze samples from these distant moons, we may be amazed at what we find. Comets, too, possess the hydrocarbon stew from which life might arise. It is even believed that they might be the primary source of water on the moon, depositing it liter by liter as millions of them crashed into it over the eons.

Where Do We Go From Here?

Astrobiology looks not just at the origins of life, but at the continuing process of life and its evolution. By understanding the evolutionary process, astrobiologists seek to predict the future of the human race and other forms of life. Is intelligence always the pinnacle of the evolutionary cycle? Is there something more to which we as a species might aspire?

Astrobiology Looks to Move Beyond Possibilities

Astrobiology has learned much about the conditions necessary for the origin and continuation of life. This nascent science has even found places other than Earth where these conditions exist. It has not, however, reached the definitive answer to the biggest question of all. All astrobiologists can tell us at this point is that conditions that support life seem to be very abundant in the universe, both in our own solar system and elsewhere, but until we actually find that first speck of extraterrestrial life, we cannot know for certain if we are, indeed, alone.

Previous Why Analysis Of Amino Acids Is A Must

Next Education and You!

Get Faster, Sexier, Leaner, Stronger, Leaner, And Recover Quicker With These Delightful Picks.

A Short Glimpse Into The World Of Supply and Demand 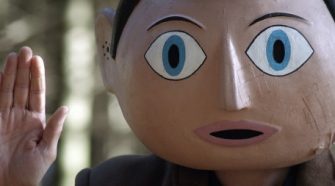