Must Try Persian and Asian Dishes In This Decade

Netflix has long been bigger in subscription terms than any individual cable company. While legacy TV companies like cable and satellite providers are huge businesses, they’ve effectively carved our country up into different monopoly zones, ceding huge areas to each other in their quest for reduced competition. Netflix is nationwide, so when it gained more subscriptions than any cable company, there wasn’t much reason to get excited.

But earlier this week, it came out that Netflix had accomplished something far grander than passing any individual cable company. As of this writing, Netflix has a larger subscriber base than all of the major U.S. cable companies combined.

Cable is pricier than Netflix, and plenty of consumers have both, so apologists will still be able to make excuses for the cable giants. But this latest victory for streaming is just that – the latest in a long line of humiliating defeats for legacy TV. The “cord cutting” trend is continuing with no end in sight, and it’s time to face facts: cable TV is dying.

As more and more consumers choose to stream, the world of media is changing fast. It’s not just cable companies that are affected here: advertisers are, too.

Take a movie, for example. Traditionally, cable TV was a huge draw for movie fans. Channels like AMC, TNT, and others show movies often, and they intersperse them with commercials, which advertisers pay for.

That, in turn, led to the “sports bubble.” As other TV broadcasts lost their ability to hold viewers’ attention during commercials, the value of sports broadcasts – which are almost always watched live, without any means of skipping the commercials – skyrocketed. For a while, it seemed that live sports could save cable TV – and cable TV advertising. And they may yet save advertising – but it’s not looking real good for cable TV.

A new frontier for cable companies

The fact is, even cable companies themselves are starting to see that traditional pay TV services are a thing of the past. So when we began to see services offering cable-like live TV broadcasts streamed over the internet, perhaps we should not have been surprised that it was legacy TV companies behind them.

Take Sling TV, the first streaming “skinny bundle” to become widely available. Sling TV offers everything that cable does: live TV networks like ESPN and AMC, a (limited) DVR feature, a channel guide and menu, and so on. But it has trimmed the fat, offering fewer channels for less, and it streams live over the internet, meaning that it’s a monopoly-buster with the ability to be viewed on all sorts of devices, from smart TVs to mobile devices and laptops.

And who is behind Sling TV? That would be Dish, as in the satellite company.

And Dish isn’t alone. Their biggest rival, DirecTV, just debuted a skinny bundle of their own earlier this year. DirecTV Now works just like Sling TV, offering live TV – including commercials. Expect other satellite and cable companies to follow suit.

The legacy pay TV companies won’t be alone this time, though. Tech companies are in on this trend, too, with YouTube (owned by Google), Hulu, and PlayStation (owned by Sony) all getting in on the skinny bundle market. It’s a breath of fresh air for advertisers who feared live TV would die with its original distributers – and for customers who are tired of monopolies and outdated solutions.

Next Check Aptitude Of Candidates by Conducting Reasoning and Logical Tests

Some Popular Home Improvement Style In 2015

Why Is It Wise To Shop From Wholesalers For Baby/Children Wear? 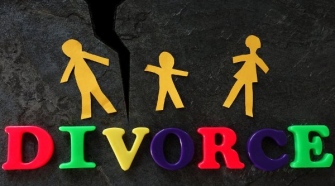