How To Save On Flooring Renovation

How To Choose The Best Window Display Supplier In UK

Anti Aging Creams – What To Consider Before You Purchase?

Dents are almost as obvious as taxes. You can be sure that no matter how carefully you drive, there is a high possibility of getting a dent. So we embrace this knowledge and wait for the day we get a dent so that we can fix it and move on to the next.

No one wants to drive around with a dent. They lower the value of your car, making it look accident-prone and neglected. You want to take care of it as soon as it happens. The first thought is getting it to the repair shop, but they charge you an arm and a leg to remove a dent the size of a golf ball because they insist on removing the paint first then filling it again. What do you do when you do not want to pay a hefty bill? Here are some tricks you could do yourself in the safety of your garage.

Good news: plungers are not only for unclogging the sink or the toilet. They serve a bigger purpose like removing the dent on your car! How they do that is simple, just pour water on your plunger as well as the part on your car that is dented, and pull the same way you would if you were unclogging the sink. Keep pulling and pushing until the dent is no more.

A hair dryer is great with the hair, but so is it with car dents. When you have a dent on the plastic of your car, turn on your hair dryer to its hottest temperature and point it towards the dent. The hot air will heat up the plastic of the car and expand it. Once it has expanded sufficiently, take the air compressor and point it towards the dent. The cool air will cause the dent area to contract, and it will make a popping sound. You are welcome.

Fixing a dent requires you to apply pressure to it. While this sounds easy, getting the right tools to apply the necessary amount of pressure is a little tricky. You could create the right amount of pressure using tools that you have at your house: a vacuum cleaner and a bucket. Here is what you do: tape the bucket tightly around the dent area to prevent air from escaping, and then drill a small hole at the bottom of the bucket. Place the hose of the vacuum at the little hole and turn the cleaner on. The pull will cause your dent to pop.

There are several ways to remove a dent without taking the car to the dealers. Next time that you hit your car while reversing, you do it have to rush it to the autoshop. Just be careful not to ruin the painting on the car, as that does not have a DIY fix. You would be forced to take it to the experts.

Previous Protecting Your Garden This Winter

Delhi and Its Different Facilities 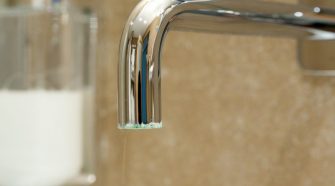