How To Get Acquainted With Natives In A Strange Land

“Privacy is dead. Deal with it.” These were the words of Sun Microsystems’ CEO Scott McNealy at the start of 21st century, and the way things are going at the moment, it seems that we indeed have to deal with it. The word privacy used to mean something but that’s no longer the case, as almost every website contains basic information of its subscribed members. Some sites even require credit and debit card information of users, which is there for the taking for anyone who is skilled enough to breach through the digital walls. There is no such thing as privacy anymore.

Some of the major threats to everyone’s privacy nowadays are explained below:

Hacking has been a great threat for companies for quite some time now. To deal with these issues, almost every major company hires multiple skilled individuals that are tasked to protect the data of its employees. However, it’s not always possible and there have been examples. Most recently, a group of hackers known as Lizard Squad hacked into Microsoft’s Xbox Live and Sony’s PSN networks, thus gaining information of their subscribers and shutting down their respective services. Everything got restored in the next couple of days but that just goes to show how unsafe the data is once it hits the web.

Hackers are not the only threat to privacy though as marketers nowadays constantly monitor what an individual is searching and doing during their online time. With this information, marketers are able to place ads that actually coincide with user’s interests. If someone is searching for European tour packages, the ads that they will see will be related to it. This is helpful for both companies and users but privacy in this transaction is nowhere to be found.

The term privacy has suffered a lot since the rise of social networking websites where people share almost every bit of information about them along with their pictures, videos, opinions and thoughts. Facebook is the largest social networking platform but privacy is not its strongest suit. For almost a year, the private profile pictures of every single user could be viewed by anyone possessing a little bit knowledge of the internet.

Another famous networking platform, Twitter, has the same problem with privacy. Same is the case with Instagram, Pinterest, Tumblr and other networking sites. Even without safeguards on privacy, these platforms are being used by a huge number of people on a daily basis proving that people aren’t that much worried about their privacy anymore.

The generation that is well into its 30s and 40s still prefers to share their life with others in real life and get uncomfortable sharing their thoughts online. On the other hand, the new generation (tweens & teens) doesn’t really care about privacy that much as they post everything they do online.

This does not mean that modern day generation doesn’t care about their privacy at all, it’s just that their notion of privacy differs from the previous generations. According to some experts, kids feel safer online playing with their gadgets because for them this is the only place where they are completely safe from outside interruptions.

No One Is Safe

To make matters worse, a large number of cell phone spy apps have made their way to the market which can obtain every bit of information about the mobile or tablet user.

Privacy has always been a hot topic of discussion, but it really became a phenomenon when Edward Snowden exposed that US and UK have been spying on the digital activity of their citizens as well as other countries. After this incident, awareness regarding privacy did increase but people don’t seem to be bothered too much about it. Almost everyone is openly sharing their opinions, credit card information, pictures and videos online without much of a bother.

The crux of the matter is that privacy has been reduced to almost just an idea. We may soon have to come to terms with the fact that all of our online activity can be monitored or hacked at any moment. This is the world we live in nowadays. As new developments and techniques pop up, you can expect more privacy barriers to break in the near future.

Previous Don't Neglect These Vital Exterior Parts Of Your Home

Next Why Analyses Play A Big Role In Training?

What Information Should I Have Available For My Whiplash Claim?

How Can Car Covers Be Washed?

3 Tips for Choosing a Passive Income Stream to Pursue 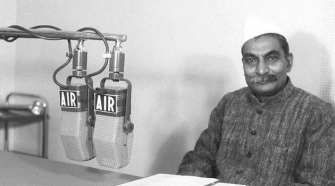