What To Do If You Can’t Make Your Mortgage Payment

How An Experienced Water Damage Service Can Help

How To Pick The Right Vape

Why You Need Legal Help When You’re Hurt

People who are not satisfied with the adrenaline rush experienced by participating in regular action sports often take part in extreme sports, which require participants to display a considerable level of skill and physical ability whilst under a significant risk of physical harm. Also known as aggro sports, adventurous sports, or action sports, they usually involve speed and/or height as risk factors along with a considerable level of physical exertion and specialised sports gear. If you’re into action sports and also enjoy making videos, check out this list of sports that you could video yourself taking part in. 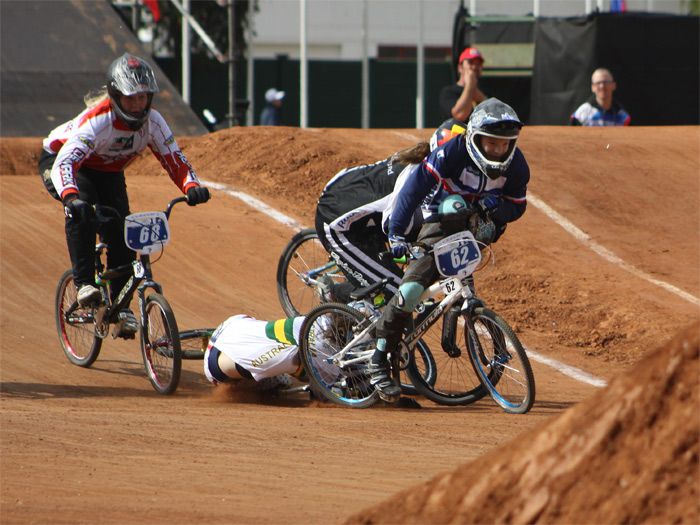 One of the most popular cycling sports across the world, BMX racing originated in the 1970’s and its roots are derived from the already existing motocross racing with which it shares a number of similarities. It is not uncommon to see riders using action cameras to record themselves taking part in this exhilarating sport, which made its debut as a medal sport at the 2008 Beijing Summer Olympics since being sanctioned by the sanctioning body of the Union Cycliste Internationale. The sport is widely popular amongst both men and women between the ages of 19 and 40, and professional ranks exist for both genders.

Basically rope walking but at a much higher altitude, highlining is an extreme sport where the highliner must walk from one point to the other across a one-inch wide rope, with only a safety harness tethered to the rope for support. The rope used extends for a distance of around thirty metre and on cliffs thousands of feet from the ground – a brilliant setting for a nail-biting video taken on an action camera. The rope is made to be stretchier than a steel cable thanks to tubular nylon webbing material, however this also makes it more flexible, resulting in it swinging a lot more. Because of this, it is difficult for the highliner to get across without falling.

Running of the Bulls

A famous sport that has its origins in 14th century Spain, the Running of the Bulls event takes place in a cordoned-off section of the Spanish streets, where runners must run away from a herd of bulls that have been released after them. The Sanfermines festival is the most famous Running of the Bulls event, and takes place in Pamplona and runs for a total of eight days. It is also a very popular sport in Mexico, Portugal and Southern France. Due to the nature of the sport it is very dangerous, but many participants still enjoy taking part, with many of them using a personal camera to record the action in real time.

Most surfers share a common desire to surf the largest waves known to human kind, and the idea of tow-in surfing makes this dream become a reality. The sport involves the use of an artificial element which allows the surfer to catch the biggest possible waves and break the 30-foot barrier which so far has evaded everybody who has tried.
A tow rope is used in order to pull surfers into a big wave with the use of a personal water craft (PWC). Once the surfer is in the wave the rope is dropped, meaning that no further assistance is offered from there on. In the mid 2000’s helicopters were introduced to the sport, and they have more advantages than the PWC as they can go faster and are less affected by the ocean. If you’re interesting in videoing yourself taking part in this sport from a first person perspective, consider a waterproof action camera.

Despite it’s relatively frightening name, this relatively new sport actually does exist. Darryn Webb invented the sport in 2005, which entails the surfer climbing up a volcano and then surfing down it using only boards made from plywood. However, the boards used are reinforced with steel, metal and Formica. Surfers are given the option to sit down on the board or stay upright, with the more experienced surfers often choosing the latter, which gives a great angle for taking videos with an action camera. Protective gear which includes googles and a jumpsuit must be worn at all times due to the risk of hitting volcano rocks during the slide down. The Cerro Negro in Western Nicaragua is the most popular slope for volcano surfing, and is still used despite the fact that it is an active volcano after it’s eruption in 1999. Since the sport’s inception there have been a number of accidents, but this has not put off many extreme sports enthusiasts.

Previous How Often Should You Text Your Customers?

Top 7 Ways How To Treat Sun Spots On Face

How To Make Money Selling Jams and Chutneys

The Scramble For Gold