Positive Impact Of Mentorship While Learning

Tiwatope Savage Balogun, who is popularly known as Tiwa Savage is rated among the top Nigerian R&B singers. She is also a songwriter, performer, actress and a recording artist. She is presently on board with the Sony/ATV Music Publishing as well as Mavin Records and has also co-written a track for Fantasia Barrino.

The “Collard Greens and Cornbread” is included in the album ‘Back To Me’, which was nominated for Grammy. She herself released the debut album of hers on 3rd July, 2013 – Once Upon A Time. She usually sings in Yoruba or English.

Before She Rose to Fame

Tiwa Savage’s birthplace is Lagos, Nigeria. She migrated to London when she was about 11 years. She had a blissful childhood and learnt about different cultures as she travelled from Nigeria to UK and then from UK to United States. Later she graduated from the University of Kent with a degree in Business Administration and acquired her first job at The Royal Bank of Scotland.

She eventually started working with famous singers and also put up performances on stage alongside Eminem, Black Eyed Peas, 50 Cent and many more. Then she got herself enrolled for a degree of professional music at Berklee College of Music and advanced towards her rise of fame starting at age 27.

Not many people are aware of, but she also participated in The X Factor (UK Edition) and finished among the top 24 contestants in the year 2006 while dealing with her apprehensions. She was later signed aboard by the aforementioned music company and gradually started writing songs for famous musicians and singers like Kat Deluna, Babyface, Monica, Mya and many more.

She is also known for co-hosting the show Nigerian Idol along with IllRymz and has also appeared on screens with her debut film and a stage adaptation – For Coloured Girls with Ireti Doyle and Joke Silva. Savage has been functional in humanitarian work across Nigeria for breast-cancer screening projects and also youth empowerment. She has also been signed up by companies like Pepsi, Maggi and Forte Oil for endorsement purposes.

Savage and Tunji Balogun organized their traditional marriage in Ark, Lekki in the year 2013. In the year 2014 they had their white wedding at Armani Hotel, Dubai and finally got hitched. They also had a baby boy delivered by Savage on 22nd July, 2015.

If you are looking for Tiwa Savage songs, then you can look up on the net to find an array of music written and sung all by herself for which she has received immense appraisal and recommendations.

How To Maintain Your Volkwsagen Properly

How Much Does It Cost To Install Kitchen Cabinets?

Affordable Places to Retire on the Water 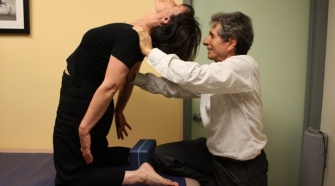