Making the World a Better Place One Day at a Time

English international Theo Walcott gave his club manager Arsene Wenger yet another souvenir of his goal scoring skills as he netted a sensational hat-trick to descend Newcastle United in a ten goal eventful match at the Emirates Stadium.

After the yesterday’s match Arsene Wenger rightfully talked up Theo Walcott as the upcoming Thierry Henry, as he scored three brilliant goals and set up two more for his team mates to ensure a win for Arsenal in their last match of 2012. The win took Arsenal to the 5th position in the league ahead of Everton by the goal difference and a couple of behinds the Chelsea.

Arsenal’s record goal scorer and iconic Thierry Henry were at the stands watching his dearly loved former club and his jubilance was clearly visualized as he jumped to his feet after Theo Walcott produced the opener in the 20 minutes of the match. But at the stroke of the half time Demba Ba scored the equalizer in the 43rd minute to make it 1-1 for the visiting time.

With no more goals both the teams went to the dressing room in the half-time with match evenly poised at 1-1.

If the first was a trailer then the drama was yet to come in the next 45 minutes, and within 5 minutes in the second half Alex Oxlade scored to give Arsenal a lead in the match. Newcastle did not go into the defensive mood and replied to the Arsenal’s second goal with a very well architect goal in the 58th minute by Sylvain Marveaux.

The Gunners seemed to be all set for yet another disappointing draw after Demba Ba once again brought the match in level terms with a well struck goal in the 68th minute after Arsenal’s new recruit German sensation, Lukas Podoloski scored from 6 yards in the 64th minute.

But it was Theo Walcott who brought smiles back into the face of the home supporters once again by scoring a fine goal in the 73rd minute.

With 15 minutes left in the match Arsenel pressed for more goals and their efforts were rewarded with 3 more goals to end the match 7-3 in their favor.

After the Walcott show it was Olivier Giroud who scored a brace in the span of three minutes from 84th to 87th minute and Theo Walcott completed his hat-trick in the added minutes of the second half.

A satisfied Arsenal manager, Wenger quotted after the match,”as the score indicated it was not so comfortable. We played against a quality team. While going forward they were always a threat, they produced number of problems for us. I believe we were not completely relaxed and instead were a bit nervous in the initial stages. 1-1 at the half time was a fair result but in the second half it was a more attacking game.”

A disappointed Alan Padrew, Newcastle United Manager said after the match,” we should have shut up our shops after we equalized at 3-3 and it was the difference in the energy levels which proved vital at the end.”

An over joyed 60,000 Arsenal supporters went home cherishing their 7-3 victory and all set to party in the New Year Eve.

Next Britain Emerges as Leaders for Outsourcing in Europe

Need and Importance Of A Virtual Private Server

GO Global With Your Business Marketing Approach Through SEOP 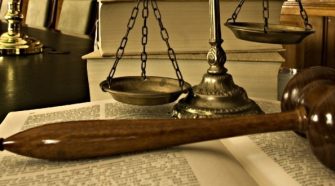