5 Facts You Didn’t Know About Bangkok

7 Dreamy Bedrooms To Inspire You

Bali have been a popular destination for many looking for sun, religious attractions, dolphin watching and mountain climbing among other interests. Bali is in the list of the best travel places 2015 for several reasons. One of the reasons many travel to Denpasar, Bali is to visit the Bali National Museum that is located near the Puputan Square in Jalan Wisnu. Neolithic materials and stone figures can be seen at the Gedong Karangasem which was originally built by the Dutch. The building is located at the centre of the museum. An exhibit of a tooth-filling ceremony, a royal throne, batik work, Hindu divinities carvings as well as carved shutters on windows and glass case with tableaux of a wedding is the highlights of the rear building of the museum. With intricately carved roof beams, Barong figures can be seen at the third building of the museum.

A visit to Denpasar is not complete without visiting a temple. Founded by the Majapahit dynasty.One of the oldest and most important temples in the city is the Pura Maospahit that dates back to the 14th century. The candi bentar which is the split gate to the temple has five pillars with several figures and this makes it one of the highlights of this red-brick temple. The figures represent the sky god of ancient India known as Indra, the god of the wind known as Bayu, god of the dead known as Yama, the god of wealth known as Kubera, god Sangkara as well as the god of the sea known as Waruna and Garuda. Three shrines of pelinggihcan, a pool that the goddesses used for bathing and antiques are some of the highlights of Pura Maospahit.

One of the other interesting attraction sites in Bali that receives thousands of visitors every year is the Ulun Danu Beratan Temple located on the lakeside of Beratan in Candi Kuning. This Balinese Hindu Temple consists of 4 temples as per travelblog. Beautiful views of Beratan Lake, Beratan Mount as well as Watukaru Mount and Tapak Mount are enjoyed from the Pura Ulun Danu Bratan. Over the time that the water temple has been around, it has attracted millions of visitors to a point that it is one of the most photographed landmarks in the island. The iconic temple dates back to the year 1633 when it was built by the King of Mengwi as a dedication to Dewi Batari Ulun Danu. Pentaran Pucak Mangu Temple is one of the four temples that is meant to worship Hyang ing Parwata, Terate Bang Temple to worship the god of Brahma, Lingga Petal Temple to worship god of Siwa and Dalem Purwa Temple to worship the Danu goddess. This is actually one of the most beautiful places that one can ever visit with the views of the water temple being reflected on the waters and the misty backdrop of the three mountains adding all the beauty. Pura Ulun Danu Bratan is considered as Bali’s second most important temple.

Next Learn To De-Stress Yourself As An Applicant

What are the Tasks Performed by Physiotherapists?

6 Ways To Boost Your Home’s Value

5 Food Certifications To Boost Your Resume 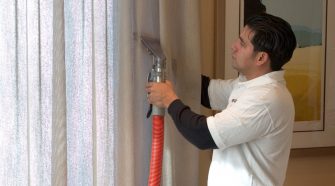 Easy and Reliable Cleaning Of Your Draperies