Everything You Need To Know About Roses

Brackets are an integral part of March Madness. Some will go so far as to say that the brackets are the source of madness. People pick out brackets for a range of reasons. Some do it for money when they place bets; others do it for recognition of their predictive prowess and so on. Either way, to ensure that you meet the desired effect, you have to ensure that you pick out the brackets in the best way possible. That is why it is important that you avoid making the following mistakes.

Avoid getting emotional while making the choice

One of the gravest mistakes that you could make while selecting brackets is basing your decisions on emotions. Your love for a certain team, school or player doesn’t change anything when it comes to the actual gameplay. It is okay to be emotional and to have favorite teams, but that should not be a deciding factor when it comes to picking out the brackets. Instead, you should find ways to avoid getting emotional while selecting brackets.

If you’ve done this for some time, either as an amateur or professional, then you’ve no doubt heard this phrase going around. What it means in this context is that you should know when to quit. Often, and especially when money is involved, people tend to get drawn in more with each loss. If any of your brackets turn out worse than expected, it would be futile to try and find yet another bracket to settle the score. If you keep losing, then you should let it go.

It is good to be hopeful that a team or player could turn things around – and with NCAA March Madness, anything is possible. However, you should try your best to stick to the facts. Detailed stats, analysis reports, recaps, records and such data can help predict trends and determine the success rate of teams or players. You can use such data to make informed predictions and keep your risk minimal.

Don’t just do it because everyone else is

There’s no reason you can’t just sit back, relax and stream the 2018 NCAA March Madness online on TBS, NCAA, CBS or YouTube TV at the comfort of your home. Just because everyone is doing something, doesn’t mean that you have to do it too. If you’ve never selected or bet on brackets before, then there shouldn’t be any pressure for you to start. Nevertheless, if you feel that you have to get involved, then you should find ways of doing that with minimal risk. For instance, you could start slow by not placing any money on your selected brackets and move on from there until you are confident enough about your selections.

Before getting started, ensure that you ate certain about your decision to start on Bracketology because as you will find out, it is not for everyone. When selecting brackets, always remain objective, and make selections based on facts, not speculation, suggestions or emotions.

Previous 3 Things To Do After A Minor Car Accident

7 Things to Consider When Choosing Wireless Providers for Small Businesses

A Guide To Buying A Perfect Plastic Cutlery Set

Who Will Buy My Broken Car?

Boost The Performance Of The Company by Hiring A Motivational Speaker 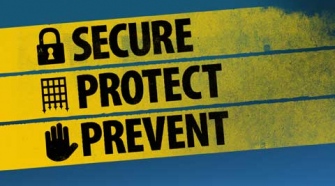 10 Ways To Protect Your Home and Belongings from Burglars