How to Become Successful Game Masters in Pen and Dice RPGs?

3 Tips for Growing Your Law Firm

This is what we use to think. The more money one have, the happier he is. So what does this makes a pauper? A sad man! No, it isn’t like this way. And I can prove it.

Let me tell you a short story of a banker and a poor man.

Once there lived a banker. He was too rich that he could buy anything, he wished for. He had a large mansion. Number of luxury rides to ride on. And a bank balance, which he was unable to account for. Not only this, he also had his own private jet. Wow! The banker was the happiest man alive, at least where he lived. But no, he wasn’t. Happiness was missing from his life. He also use to think that happiness comes with wealth. And for this he spent all his life making money. But still he couldn’t get a hold on happiness.

On another part of that city lived a very poor man. He had a long family to feed. His parents, his wife’s parents and their young little lad. He had no savings and no proper job. But yet he was as happy as the banker was unhappy. No matter he found a job or no, he and his family, all were very happy and united. Even when the house roof broke and the cold breeze found its way in to freeze all and they had nothing left to repair the roof, they still were as happy as nothing had ever happened. They found their way to repair the roof themselves and everything was back on track.

A few days later, the pauper went to the market to search for some work. He was in his deep thoughts, crossing the road when suddenly a car hit him. It was that banker’s car. The banker, nervously popped out to look what became of the poor man. Luckily, he was alive and still breathing. He had minor injuries. The banker took the pauper to his car and took him to a doctor. He stayed with the poor man, paid his bill and dropped him to his small house.

Covered in bandages, his family was so worried. “Nothing to worry, I’m all fine. These are just few bruises”. He then introduced the banker to his family, “this kind fellow took me to the hospital, paid the bills and helped me here.” And then everyone was like, “we’re really thankful to you sir”. The banker then left, for he was getting late. 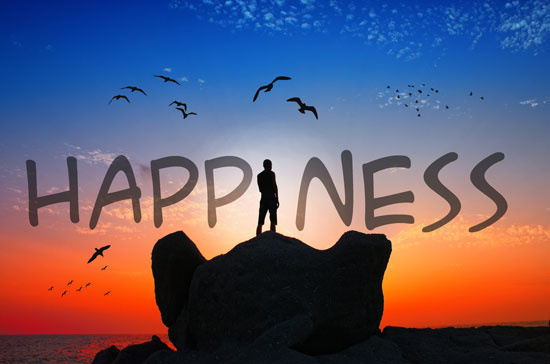 But all that night he was thinking of the pauper and in his family. “They’re so poor. They even have to share beds. They have no good cloths to put on. And not much to eat. And yet they seemed too happy.” He was confused “how one can be so happy, when they don’t have money?” this thought made him confused and up all night long. The next day he went to again to the pauper to find the reason behind their happiness. He met the pauper and after asking for his health, he asked “is there anything I can do for you? I can pay for your bills, your house repairing, I can provide you with some food, till you’re able to work again.” But the pauper refused. “Weave everything we need, thank you sir for your kind offer!”

After few chitchat, the banker left pauper with his family. But he was still confused. That night too he couldn’t sleep. Then the next day he went to the pauper again and gave him a bag full of money. But that self-made man straight away refused to take it. The banker talked to his family and insisted to take the money but none accepted on it. He then asked them “I’m the one who is responsible for this accident. I’ve put your son to bed, the only breadwinner. And for this I want to help you out. Then why don’t you accept this?” The old man on the bed replied, “We’re poor. We don’t have much to spend. Our only grandchild has his own hopes and wishes, which we don’t afford to fulfill. But yet we won’t accept your money. As we’re self-made folks.”

“I really honor your way of thinking. And I admire you all. But there’s one more thing I would like to ask.” This time he decided to ask the long-awaited question. “Even you don’t have anything to spend, no job opportunity, no bank balance, nothing extra to spend and I’ve offered you this huge amount that you’ve refused to take. And yet you’re sitting with happy faces. How one can be that happy with no money?” Finally he spoke of what made him up for the last two nights. The old man on the bed smiled and replied “son, money can’t buy happiness.” He explained “happiness is everywhere but in wealth. Happiness is when you see you kid laughing. Happiness is when you first receive your paycheck. Happiness is when you see your sons and daughters coming back home with happy faces. Happiness is in everything, all you need is an eye to see it.”

Silent the banker was. No words to say, as he didn’t understood it. After few more talks, he grabbed the bag, thanked them and left for his home. Deep in thoughts, he reached his house and trying to extract what the old man tried to say. As he was about to reach the door, his young daughter opened the door and hugged him warmly. And there he got his answers. “No money can buy this smiling face. No money can give me a family like this.” He was felt so happy that he all his worries vanished away. “I’ve a lovely family and all these years I’ve been looking for happiness in wealth! What a waste of happiness!”

See how an unhappy wealthy man realized that happiness isn’t in making money but everywhere.

All our lives, we run after high-paying jobs. A high offer and there we go. And another higher job opportunity, and we switch that job in no time. This isn’t the way you’ll get success nor is the road to happiness. But this story doesn’t mean that you don’t have to make wealth at all. But it means not to run after making money to seek happiness. And to be successful you need to focus on your career first. Find some great job opportunity. Stick to it for as long as possible. Learn from it. And once you’ve done it all, then think of job switching.

Next Around The World: Where To Go and What Essentials You Need

Employers May Use Social Media To Analyze Prospective Employees

How To Enter PF Account Number To Check Balance 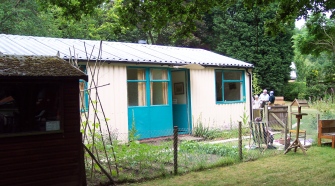 What Are The 6 Pros Of Buying Pre- Fabricated Flats?