Access Your Visa On Arrival Through The Online Page

CRM for Finance Companies –Key Advantages for Your Company

As the old saying goes, “Wait long enough and everything comes back into style.” While there are some fashions reasonable people wish would prefer to stay buried — neon exercise pants, anyone?—there are also plenty of oldies just waiting for a comeback.

Cottonseed oil has been around for so long that it’s seen several fashion cycles, reinventing itself numerous times in the process. Let’s take a look at three milestones in its history.

1. Use as a Power Source

Although domesticated cotton is one of the world’s oldest crops and the cotton gin one of the most important inventions of the modern era, cottonseed oil hasn’t been around as long as either. Though Eli Whitney’s mechanized gin made it easier to separate cotton fibers from seeds, the latter proved to be a tough nut to crack—literally.

The problem was simple, if frustrating: With the rudimentary technology available to early 19th-century entrepreneurs, separating the hard cottonseed shell from its soft, oil-rich innards was a time-consuming and messy process. In fact, it wasn’t really economical to produce the oil in large quantities.

That changed in 1857, thanks to an invention known as the huller. Within a couple of years, cottonseed oil’s price had fallen dramatically. It became a viable alternative to whale oil, then the dominant mode of indoor lighting, as the price of whale blubber increased. For a couple of years, the best place to find cottonseed oil was in old-timey oil lamps. But it wasn’t meant to last: By the 1860s, the liquid had been replaced as Americans’ power source of choice by newly discovered petroleum, which contained more energy per gallon.

2. Adoption as a Cooking Oil

Cottonseed oil does have one advantage over petroleum: It’s safe for human consumption. By the end of the 19th century, food scientists had figured out how to process it into a palatable form that could be used for cooking and frying. The most successful brand of edible cottonseed oil was marketed by Crisco, which made a killing during the first decades of the 20th century thanks to an aggressive, multilingual marketing campaign that featured ethnic cookbooks with cottonseed-rich recipes. Until World War II, most of the fried foods produced in American homes and restaurants were born in vats (or saucepans) of cottonseed oil.

3. Emergence as a Healthy Alternative

A variety of factors, including questions about the oil’s health benefits and falling prices for soybeans, a cottonseed alternative, depressed demand for cottonseed oil cooking during the middle of the 20th century. But things changed by the beginning of the following century, owing—ironically—to questions about the healthfulness of hydrogenated and partially hydrogenated cooking oils. With a unique chemical makeup, non-hydrogenated oil mimics the flavor of hydrogenated alternatives without trans fats, a particularly unhealthy type of fat that can elevate cholesterol and negatively affect heart health.

While cottonseed oil isn’t perfect—like any type of fatty food, it’s best consumed in moderation—chefs and home cooks have definitely taken notice. Except Crisco: The company that popularized the oil now uses soybean and palm oil in its shortening.

What’s Next for Cottonseed Oil?

Compared to that of most other cooking aids, the history of cottonseed oil is pretty exciting. From its early days as an alternative to whale oil to its emergence as a versatile cooking aid, it’s seen more than its fair share of uses. And as research continues on its benefits, it’s likely that society will find new ways to extract value from it. But there’s no use speculating about the future. It’ll be here soon enough.

Previous How To Transfer Music From iPhone, iPad and iPod To Mac

Understanding About The Foods You Should Never Eat

Best French Restaurants In The U.S.

The Best Solution to your Pest Control Problems

Tips For Finding An Automotive Loan 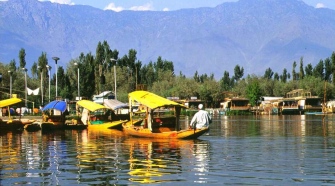