What You Can Do About Credit Card Fraud

A Word Of Advice For Woocommerce Developers

This is the Era of Technology. Technology has made everything super-fast. Now, everything is at our fingertips. Whatever you want, you can get it with a swipe. In this article, we are talking about PC vs. Consoles. The essential and general information that you should know what the difference between them is and what is preferred by gamers. Let’s Start.

What are the different types of Computers?

Everyone knows that computer is one of the blessings of technology for everyone. Most of the people when hearing the word computer, usually they think about desktop and laptops. There are many shapes and size available, but all of them performed same work in our daily life. Here is the list of some different types of computers.

Did You Know What’s The Difference Between Normal Computer And A Gaming Computer?

Normal Computer serves primary functions, such as browsing the internet, doing simple tasks of office work, watching movies and play simple games. These machines are not powerful enough. They have the built-in graphics card which is only enough for regular use, but Gaming PC is much more customize and such examples can be found easily on the internet. Best Gaming PCs have the high-end graphics card, suitable processors and more than enough RAM. These are essential components which required for the enhanced gaming environment. Graphics card is the main difference between a standard PC and a Gaming PC. The history of Graphic Cards starts from 1940 which has evolved immensely since after that.

What are the different types of Gaming Consoles?

Gaming consoles are also one of the best options for the gamers. In gaming console, there are many manufacturers available in the market some are listed down

From the above list two competitors, Sony and Microsoft, are most famous and preferred by the users. PlayStation from Sony and Xbox from Microsoft are two products which are highly used around the world. In 2013 both competitors launched their latest products Xbox One and PlayStation 4. But recently Microsoft Lunch Xbox One X on 7th November 2017. Is it possible that Microsoft launch a product and Sony sit silently and not introduced something more advanced? According to The Express Sony will introduce new PlayStation 5 in the year 2018.

It’s all about personal preferences. There are two types of gamer’s one played on the console, and the other one chooses Gaming PC. It is not possible to be dragged into the debate of PC gaming vs. console. When you enter the world of gaming, the console gamers think if the entire machine is dedicated to the gaming purpose, it’s best and superior to that of Gaming PC. But the PC gamers argue that PCs have higher computing power than the consoles. So what’s the better option Gaming PC or Console? Have a Look at some comparison.

When it comes to hardware customization gaming PC wins. Gaming PC component can be easily upgraded. It allows you to incorporate the latest technology while the console is not upgradable.

Graphics are the main feature of the console or gaming PC. While you were updating your PC hardware, the graphics will also keep on improving. However, in this case with the consoles, you can improve graphics in only one way. You will have to buy the new console.

As mentioned above, the disadvantage of a console is that hardware is not upgradable. A lot of gamers believe that gaming PCs can outshine consoles when it comes to the performance.

Gaming PC is cheaper than a console. A console comes at an expense, it starts at low cost, but if there’s hype in demand, the price can be increased.

Gaming PCs have the more extensive library and versatility than the consoles. But some games are blessed for consoles only. Gaming PC has free modification and enhancements. In the case of the console, this feature is not available.

Overall, you can play games with better graphics on Gaming PC than the console. A quality Pc is more affordable and last longer than the console. Gamers can keep gaming PCs up-to-date and free from malware. In short, Gamer can enjoy gaming on both Machines.

Next How To Optimize Video Formats and Settings For Mobile Devices

THE FACTORS THAT NEED TO BE CONSIDERED BEFORE YOU START SEARCHING FOR A HOME IN PENNSYLVANIA?

How To Redress The Balance In 2015 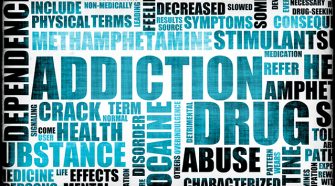