The American cuisine scene is extremely diverse because ultimately we are a country of immigrants and host so many ancestral cultures. In fact, one of the best things about America is the melting pot effect caused by a variety of cultures and customs, making consumerism diverse and businesses innovative. Disparate cultures, upbringings, and social strata create opportunities for innovation and growth. In the food and beverage industry, this diversity is essential for new cuisine fusions to take place.

Although Asian influences have become more prominent in the American food scene, the oldest influences in American cuisine stem from Europe. Many American foodies love European-inspired cuisine, specifically Italian, Greek, and French dishes. Every European country provides influence, but French cuisine and custom have a particular prominence. From soufflés and crème brulee to fondue and hors-d’oeuvres, French foods are often the bases or foundations of American dishes.

With so many French-loving foodies in the U.S., it’s hard not to score the best of the best. So here they are, the top five French restaurants in America.

This fine-dining establishment is a destination restaurant for any foodie interested in some of the best French-Californian cuisine on planet Earth. Melisse may be located on the beach in Santa Monica, but it pays homage to French-inspired dishes and cuisine, with an amazing wine list to compliment the various food options. The best of California food and wine mixes with the best of France for Melisse’s fine dining experience. Make sure to bring a full wallet for date night – Melisse is not the cheapest restaurant in the world.

It’s hard to beat this French restaurant located in the heart of the Windy City. Chicago has always been known for its food scene and great local markets, but this fine dining French restaurant is on another level. You can’t beat La Sarine for authentic French food in Chicago. Patrons can choose from a wide selection of comforting French dishes including seared duck breast and escargots. If you’re looking for a place to impress a date, La Sardine is a perfect romantic spot.

In New York, it’s extremely easy to break the bank on French food because most French restaurants in the Big Apple are fine dining establishments with white tablecloths and $15.00 glasses of wine. This is why foodies need to try out L’Ecole as one of the best in the area (and country) when it comes to quality dining. The atmosphere may not blow you away, but the food experience is still up there due to the nature of the restaurant – L’Ecole is a teaching restaurant where chefs and students both cook for patrons. The menu is simple, yet robust in flavor, including ticket items like pan-seared duck and veal stock reduction blanketed with sour cherries. Talk about a cooking lesson.

This French restaurant has appeared on multiple ranking lists from top magazines in the country. Recently, the restaurant has published a nationally-recognized book for try-it-at-home recipes – their food is so good, their patrons simply demanded it. More than others on this list, Le Pigeon is a carnivore’s delight with traditional French recipes as the staple of the restaurant’s menu. Adventurous eaters will appreciate foiegras profiteroles and beef cheek bourguignonne with some fine wine and amazing clientele.

This gem is my favorite on the list because it yields from one of the quiet states on the East Coast that many Americans forget about – Vermont. The restaurant attracts visitors and diners from as far as New York and Canada with a well-respected and renowned chef, Michel Boyer. From the service to the authentic French flavors, Brasserie L’Oustau is truly a treat for the state of Vermont. Mr. Boyer serves up American interpretations of French food, with pommes frites, slow-cooked onion soup, and roasted chicken taking center stage on the menu.

As you’ve surmised, there are fine dining experiences to be had even in some seemingly unlikely locations. Services like FoodPub can help you find the next best place for you to broaden your culinary horizons and experience some really great restaurants.

Matthew Hall is a professional student and self-proclaimed foodie who enjoys sharing the benefits of his experiences in food travel with the internet at large.

Next 20 Ways To Impress Your Boss Without The Sweet-talks

Best Dj Adds Color and Spark To The Event

Enjoy The Best Evening Desert Safari Of Your Life

Get The Best Search Engine Optimization By Neuseo

What Are The Brokerages For Intraday Trading?

Complete Guide To IIT-JEE Exams – Everything from Syllabus To Preparations

D Pharma Course: Join The Course For A Career In Pharmacy Field 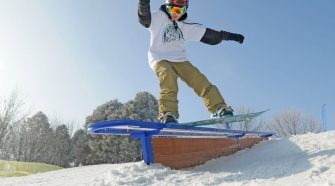