Expert Tips on Setting up a Successful Investment Company

3 Vacation Rental Destination On Budget In US

Positive Impact Of Mentorship While Learning

It’s only as of relatively recently that businesses have in general begun acknowledging the power and importance of pen testing as a means by which to bolster business security. It’s hardly a secret that network systems and IT in general are both incredibly important for doing business in the 21st century. There’s barely a business anywhere that doesn’t depend on IT and nor can most businesses run without collecting and storing an extraordinary amount of information on their customers, peers, suppliers, accounts and so on and so forth.

The trouble is, it’s often not until some kind of data breach occurs that it really hits home just how devastating corruption, loss or theft of data can be for a business. Penetration testing is 100% unique as a security evaluation method as unlike the majority of security systems and measures, it reverses roles and puts you in the position of the crook. Not literally of course, but when it comes to understanding where the threats to your business exist, there’s no better way of finding out than to step into the shoes of a hacker and see how easy it would be to do you harm.

This is where penetration testing’s true value shines through.

Of course, quality penetration testing doesn’t come free of charge and depending on the scale of the operation can be relatively expensive. However, when it comes to the various expenses a business will face in the fight to protect itself and its interests long-term, it’s undoubtedly one of the most valuable and beneficial investment imaginable.

Why? Well, as mentioned above it’s all about the way in which pen testing brings the business a series of benefits that are 100% unique to this process and this process alone. Regardless of how much money you throw at security systems and network upgrades in general, penetration testing is one of the only ways of accurately allowing a business to:

Suffice to say therefore, penetration testing takes things a million miles further than simple anti-virus software and basic network firewalls ever could. As already mentioned, it can be quite the undertaking and isn’t going to be offered free of charge, but is at the same time one of the most important and valuable investments the modern business could ever make. 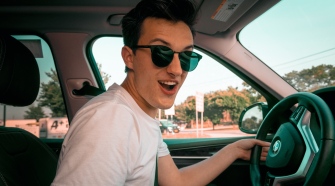 Tips For Buying Your Teenager Their First Car