Capitalize On Your Trade Show Presence At Hamburg

How Mobile Application Development Is A Beneficial Trend

Benefits Of Double-Majoring In College

Each region around the world has its own athletic pastimes. Worldwide, football is the most popular sport, although cricket isn’t far behind considering its massive following in South Asia.

Baseball has its place in the North American heart, as well as Japan and South Korea. Rugby is a common sport in Australia, New Zealand, and throughout Europe. Tennis courts, much like football pitches, can also be found anywhere in the world.

However, when it comes to the sport of American football and the National Football League (NFL), there’s only one place where the game is played: the United States of America. While Canada has its own Canadian Football League (CFL), the rules and fields are slightly different.

The NFL is by far the US’s most popular sport. As a private business, the NFL pulled in an estimated $15 billion in 2018. The same year, the Super Bowl Championship match drew in nearly 100 million viewers. Top players are often beloved icons and celebrities while winning teams and franchises are celebrated as examples of the American dream.

However, outside the US, the gridiron has virtually no exposure or fandom. In terms of global presence, the NFL’s video game franchises like Madden NFL 20 have a farther reach than the actual sport. But why?

One simple way to quantify the NFL’s failure abroad is that there’s little demand for another sport. To the American public, football is known as soccer—but everywhere else in the world, football is played with the feet.

A recent Nielsen survey that spanned 18 different global marketplaces noted that four out of every 10 people in the world consider themselves a soccer fan. Of the nearly 8 billion people on earth, this stat signifies that over 3 billion on the planet follow soccer in some form.

Europe, in particular, has a near-monopoly on the soccer market. The English Premier League, German Bundesliga, Spanish La Liga, and Italian Serie A account for the world’s top talent and most competitive leagues in terms of play and salary. There’s little room or interest in another sport.

Internationally, fans of football who catch a game of American football will have quite a few rules to catch up on. Compared to the Premier League or La Liga, American gridiron is slow and full of technicalities.

Even for the most ardent NFL fans, keeping track of the game can be difficult. It’s not uncommon for sportsbooks to host a variety of interesting wagers for NFL betting every Sunday to keep the audience entertained. Wagering on a totals bet or a point spread are the most common ways to make a game a bit more engaging.

However, even pundits who take a deep dive into an expert handicap or a point spread will have to keep track of the 44 players on the field. They’ll need to keep track of each team’s offense and defense, composed of 11 players each.

In addition to separate offensive and defensive squads (which never share the field at the same time), there are 17 technical rules that fans need to be familiar with in order to follow the action. By comparison, soccer has (around) five.

At Home in the US

Despite the failure of the NFL to launch abroad, the push for exportation continues. Currently, the NFL hosts an International Series, which organizes American football games between NFL teams abroad.

At first, all International Series games were held in London. These were open to casual fans in the UK in the hopes of expanding interest. However, the current iteration has two separate divisions in Mexico City and London.

While neither push has resulted in the type of massive fandom that NFL executives were hoping for, the league doesn’t seem likely to quit. At the moment, the NFL is looking to expand the International Series in Germany and Canada starting in 2021.

However, a recent blunder in Winnipeg in 2019 for a pre-season game between the Oakland Raiders and the Green Bay Packers has set the international interests in the NFL back.

While the stadium was packed for the game, neither team sent out star players, which meant the exclusive match marketed to CFL fans was little more than a backwater stopover for the Packers and Raiders.

Next Why Your Child Could Benefit from Gaming

How To Find Little Black Dress As Per Body Types

Get Your Car Service And Repair Box Hill With Fluency

How to Play Rummy Online Free Without Cash and Stay Entertained? 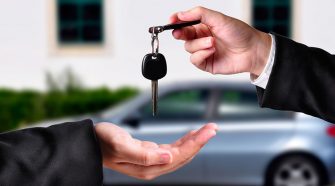