Where Homeschoolers Can Learn To Code

What Are The Benefits Of Home Tinting?

Best Sports To Video Yourself Doing

The bingo industry has been given a new lease of life online, where the game is more popular than it has ever been. Its rise has been helped by the growing mobile sector, where the devices are gaining more capabilities each year. One of the things that made bingo so well-loved in the 1980s and 1990s was its sociability factor. This is something that online bingo sites are trying to replicate, and it may be helped by the advent of foldable smartphones.

How will Foldable Devices Enhance Bingo?

Since bingo moved online, developers and operators have been doing their best to enhance it in every way imaginable. One of the main enhancements has been by introducing a wider variety of games. These include slot games and scratch cards, which have proven a useful way to draw more players in and entice them to play bingo games. The scratchcards at Paddy Power, for example, come in numerous themes to appeal to different demographics. Some of the standout games are Deal or No Deal Quick Scratch, Ruby Walsh Scratch, and Ladies Night. The former two games should bring in TV and horse racing fans, and the latter will hopefully extend appeal across genders.

You may be thinking that all of these games can be played from standard smartphones and tablets, so where do foldable devices come in? One of the great things about the Samsung Z range of foldable phones is the multiscreen option that they have introduced. Users will be able to look at different things on the separate sides of the screen. This is something that bingo sites could capitalize on.

Online bingo sites desperately want to bring back the social side of the game and have done this by installing chat and community features. By using a split screen, players will be able to see the bingo games on one side and have their chat window open on the other. This could also be used as a way to enjoy more than one game at a time.

When Will the Influence of Foldable Phones be Obvious?

There are some clear benefits of using foldable phones for online bingo. The larger screen can be more immersive, and the split-screen option can allow players to multitask and socialize easily. But it could be a while before the influence of these devices has an impact on the industry.

This is because the foldable options on the market right now are too expensive for the average user compared to standard smartphones. The latest Samsung offering, the Galaxy Z Flip, for example, is retailing between $1299 and $1449, which is just too high for the vast majority of users. As newer generations are released over the next few years, these prices will be reduced. But, right now, most bingo users are likely to eschew them in favor of regular smartphones.

Foldable phones have the potential to revolutionize the online bingo industry, but it could be some time before their influence is noticeable. In a few years, when the prices have lowered, they could be the go-to option for bingo fans.

Next Most Exciting Winter Sports Of 2020

The Biggest Culprits Of Enamel Erosion

Trends In Web Design That Deserve A Revival 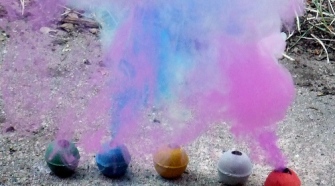