Beat The Winter Chills With These Fruits

The summer months can be a dry sports period once the NBA and NHL playoffs wrap up. But there are still quality competitions to watch if you’re willing to expand your horizons just a little.

The MLB’s 162-game regular season gets a bad rap because, well, it’s 162 games long. That kind of decreases the drama around individual games. But as the season approaches the July 31 trade deadline, the playoff races are starting to take shape.

At this point, each team in the hunt has a handful of crucial series left in the regular season which will go a long way to determining whether they will be playing October baseball this year.

The best race right now is for the National League Central title, with the Chicago Cubs, St. Louis Cardinals, and Milwaukee Brewers all separated by just two games.

The Cubs play nine straight games against those two teams from Jul. 26th to Aug. 4th. The Cardinals and Brewers will play each other nine times between now and Sep. 15th.

Every time a pair of these teams matches up from now on, it’s going to feel like playoff baseball has come early. Follow these links to view the full schedule for the Cubs, Cardinals, and Brewers.

Running from Aug. 26th to Sep. 8th in Flushing Meadows, New York, the US Open is entering its incredible 139th year.

According to SportsBettingDime.com, the ageless Serena Williams is the favorite to win her seventh title this year, even though the 37-year-old has come up empty the last four years.

Young Japanese star Naomi Osaka is the defending champion after the now-21-year-old defeated Serena in the finals in 2018.

It’s much less likely that there’s any American content in the men’s final. No American man has won the US Open – or any of tennis’ four grand slams – since Andy Roddick in 2003. Not one of the top-ten favorites for 2019 hails from the US of A. But watching three of the sport’s all-time greatest players – Novak Djokovic, Roger Federer, and Rafael Nadal – continue to play near the top of their games is a fine consolation prize.

Djokovic is the reigning men’s champion.

The Rugby World Cup is on tap for Sep. 20th to Nov. 2nd in Japan. Like soccer’s version, the RWS takes place every four years. But it’s much younger than its counterpart, with the first RWC taking place in just 1987.

Twenty teams will vie for the title, but only a handful have a realistic chance of winning.

New Zealand is considered the favorite. The All Blacks are aiming to win their third straight World Cup and fourth, overall. They enter as the top team in the World Rugby Rankings, a spot they have occupied for nearly a decade.

The United States, ranked 16th in the world, qualified for the tournament, but is in a very tough group with England (4th), France (8th), Argentina (10th), and Tonga (14th), meaning they are a longshot to even move onto the 8-team knockout stage. (The top-two teams from each of the four groups of five advance.)

With the tournament taking place throughout Japan, the game times will be a little awkward for North American audiences. The first game for Team USA takes place on Thursday, Sep. 26, at 6:45 AM ET, against England. Their final group-stage match against Tonga will be at 1:45 AM ET on Sunday, Oct. 13th.

Next Important Questions to Ask Before Investing In Real Estate 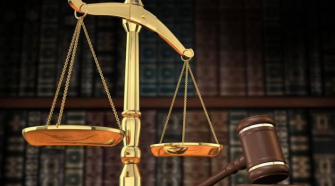