Why Choose China When You Think To Teach English Abroad

Children Of All Ages Delighted By Enslavement Of Topsy The Elephant

Tailgating parties are the ultimate way that both college and NFL football fans celebrate their favorite team. In fact, for many, tailgating before a big game can be just as much fun (if not more fun) than watching the game itself. It has become a bit of a way of life during football season in the following cities. The best places to live for football fans are those where they can fully embrace this over-the-top tradition and make new friends who are just as passionate about football as they are.

As the third largest city in Arkansas, Fayetteville has a booming economy and a lot of culture. However, what makes many residents nearly burst with pride is the local football team at the University of Arkansas. Razorback fans hold major tailgating parties to rival that of any big city NFL celebration.

Thousands descend on Fayetteville for the college football games, and the tailgating parties can get wild. The most distinctive tailgating tradition here is that the crowds can be heard to shout “Woo Pig Sooie” in cheers and chants in support of the team. When that happens in the midst of the tailgating and partying, it’s even more hilarious and fun.

Fans of the Baltimore Ravens enjoy the fact that all the M&T Bank Stadium parking lots welcome tailgaters with open arms. Some tailgating traditions here include playing games that have actually been recommended by the football team, including Ladder Ball and Cornhole. Tailgaters here often have a “Ray Lewis Entrance” dance off as well. The revelry here is unlike tailgating anywhere else.

The Buffalo Bills are greatly supported by the many revelers at their games in Buffalo, New York. The city’s Ralph Wilson Stadium becomes the prime destination for fun on game days. The stadium welcomes and encourages outdoor tailgating in the parking lots, and there’s even an official indoor tailgating party that’s held at the local ADPRO Sports Training Center. They cater to such a diverse crowd that they are even known to serve vegetarian versions of Buffalo wings because the popular dish helped put this city on the map.

Green Bay is a beautiful city on the shores of Lake Michigan. Its Green Bay Packers are a beloved team who has such devoted fans that they have made going to as many games as possible a seasonal tradition. Tailgating at these games can get wild and crazy with mixed drinks and decadent comfort food on portable grills. Lambeau Field welcomes and supports tailgaters, and it hosts a Tundra Tailgate Zone that includes appearances from Packers alumni who mingle and sign autographs for fans.

Keep in mind that the best places to live for football fans are going to be those that fulfill all their other needs, as well as embracing tailgating as a way of life. If your dream city didn’t make the cut, you might want to start some tailgating traditions of your own.

Previous Know Your Child Before Managing

Can Breasts Harden After Implants? 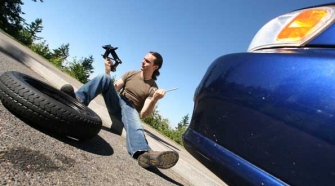 Do You Need Roadside Assistance Without Even Realizing It?