Understanding The Essential Features Of The Different Sections Of CAT

Over the past few years General Motors has been in the headlines for all the wrong reasons, especially in consideration of the recalls that have characterized some of their top selling brands worldwide. The ignition switch recall has since seen more than 800,000 vehicles recalled from the market within a three year period from 2008 to 2011. The ignition recall has generally been a precautionary measure taken to prevent further accidents since the faulty keys would sporadically switch to either the accessory or off position. When this happens, basically the engine is turned off, and with it a host of other accessories like the deployment of the airbags, the power breaks and power steering. Click here for more information on the GM recalls

Earlier on the recall was meant to target those who owned Chevrolet Cobalt and HHR, Pontiac G5, Solstice, Saturn and Sky all through to the 2007 models. However, they soon discovered that there was a possibility that the faulty ignition switches might have been installed on the machines when the owners were having them repaired, and for the same reason the recall has since been extended to include all the model years. Due to the extension of the recall, GM has in total added some 1.3 million vehicles to be recalled back to the manufacturer. This of course covers only those vehicles that were sold within the US.

As a result of the defects that are associated with the ignition switch, there have been 12 deaths that were documented. However, the company has also come up with suggestions that might otherwise come in handy for those whose vehicles are in regions that are not covered by the scope of the recall. In the event that you have the mentioned vehicles but are not able to follow through with the recall, you should consider removing any additional weight from the key rings, which will in effect make it safer for you to drive the vehicle with a faulty ignition switch.

One of the most interesting things about this whole situation is that GM through some of their employees actually knew about the problems from as early as 2004, and as a result of this there has been a lot of criticism meted against the company, especially for the manner in which they handled the recall.

In as much as the company has since paid the maximum allowed penalty under federal law of $35 million for their failure to handle the disclosure in a timely and in a reasonable manner. There are still concerns however as to whether a $35 million penalty will prevent companies like GM from exploiting and taking advantage of drivers in the future, considering that their overall value exceeds the penalty. Besides, there is no penalty whatsoever that can ever be able to fill the void left by an individual who has lost their life.

Senate is currently looking at the possibility of lifting the limits set on fines that are handed to corporations which make attempts at concealing their errors.

Previous Get Your Car Service And Repair Box Hill With Fluency

Next Hero Xtreme – The Extreme Own

Why Is Pondicherry An Ideal Honeymoon Destination?

4 Apps For The Fashionista 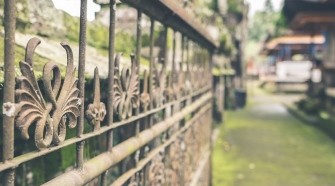