Making A Healthy Change Can Be Delicious

Top Ways Of Winding Down After A Busy Week

Are Burger Franchises A Solid Investment?

Earlier this month, on the first day of the Worldwide Developers Conference (WWDC) 2017, Apple announced that they are going to revamp their iMac, Macbook and Macbook Pro line ups. These upgrades are going to include powerful graphics, faster storage options and faster processors.

Along with the newly updated iMac models, the new MacBook, MacBook Pro and MacBook Air will be on the market starting June 5th. All these new features will soon be coming to Macbook in India as well.

If you are in the US, you can place your orders on Apple’s official website and get yourself the brand new MacBook with updated features. However, if you’d rather buy them from an Apple Store then you only have to wait for two more days because the products would be available in the stores starting June 7th.

As Apple fans across the globe eagerly await the launch of the refreshed models, we can only wonder how this is going to impact the sales of the Mac series. PC market has been on a decline since few years, and although Macs have been doing well to hold on to their sales numbers, Apple will be hoping for an increase in the volumes.

With promising updates for MacBook and MacBook Pro, Apple would offer notable improvements such as Thunderbolt 3 and a much brighter retina display. Apparently, the entry level 21.5 inch iMac would flaunt a Retina 4K display with discreet graphics. This comes as great news for users working in the graphics and art industry.

As quoted by John Ternus, Apple’s vice president of Hardware Engineering, “With major updates to iMac, and a refresh of our MacBook and MacBook Pro lines, the Mac is stronger than ever,”

So, if you have been waiting to buy a Macbook in India, here are the updated specifications that you can look forward to in the new line of Macbook, iMac and Macbook Pro:

On all 27 inch configurations and the top end 21.5 inch iMacs, the Fusion Drive is now a standard feature. With a 50% faster SSD storage option and a Thunderbolt 3 port, the iMacs are perhaps going to be at their most powerful and versatile ever. The processors for the updated iMac comes with a much faster Intel Kaby Lake processor that would run up to a 4.2 GHz frequency along with a Turbo Boost up of 4.5 GHz that would support twice the memory as compared to the previous generation.

With the new Radeon Pro 500 series, the graphics on iMac would be much more powerful across the line. This will come with up to 8GB of VRAM. When it comes to performance, you don’t have to worry because now the 21.5-inch model promises to be three times faster and the 27 inch a 50% quicker than the earlier versions.

The iMac display will also be the best Mac screen yet. With support for over 1 billion colours delivering the most life-like and vivid viewing experience, the iMac would be now 43 per cent brighter at 500 nits.

Like the iMac, the MacBook would also feature the faster Intel Kaby Lake processors running at a frequency of 1.3 GHz on Core i7. The Turbo Boost would be available up to 3.6 GHz and up to 50% faster SSD with twice the memory support. New MacBook would weigh just 2 pounds and will be 13.1mm thin. This would be the thinnest and lightest notebook on the market that you can carry around all day.

This MacBook Pro would certainly be the best yet with the revolutionary Touch Bar with Touch ID, 500 nit Retina display and high speed performance with Thunderbolt 3 ports.

Apple also gave a preview of the monstrous iMac Pro that will be launched by the end of the year. However, that is a 500 USD device targeted to the pro market. For regular users like us, one of the above mentioned devices will do just fine.

Next 5 Things Which Woman Can't Live Without In Fashion

The Most Amazing New Designer Dresses For Women 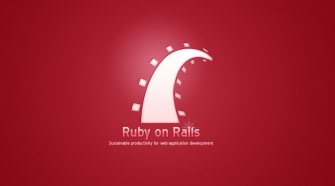