From Marina To Taj – The Ultimate Chennai To Agra Trip

The Ultimate Guide to Toast Recipes

The Factory Sound System and the Automobile

If you find yourself in the audiophile category, stay tuned for this brief preview of autos that provide the best clarity and musical quality on the market. These days, car stereos have become incredibly advanced and therefore have pushed out the aftermarket stereo market to some degree. Commuting times have increased over the years and car audio systems have kept up, providing an entertainment experience that rivals most home theaters, if not surpasses them. We will peruse through 5 cars that hold the title of best factory stereo systems. These cars have been assembled from a combination of respected sources, including Popular Mechanics and The Car Connection, and the final car has been chosen as a result of personal taste and functionality arrived at through light research.

There are a number of stereo manufacturers car companies choose to enlist to populate their newest models as they design them for their targeted buyers, and a few choice brands have been producing quality audio components for decades with praised success. A few of these top tier stereo component manufacturers include Rockford Fosgate, Harmon Kardon, Bose, Bang & Olufsen and Burmester. It is as easy as checking a box on your new car auto order and a home theater-like system is yours for the taking. These manufacturers and the make and model they find a home in shall be discussed below.

The Top Five Cars for the Distinctive Audiophile

Number five on the list is the Acura TL, a cultish car produced by Acura and originally released in 1997. The TL was Acura’s number one seller until the MDX outsold it in 2007. The newer model Acura TL’s began to be equipped with stellar sound systems as the popularity of the vehicle grew. The 2012 Acura TL was the shining star in terms of factory audio options and will the focus for the number five spot. The top of the line audio package is called the ELS audio system and is available on all models except the RL (economy model). Acura brought aboard Elliot Scheiner, a grammy awarded sound engineer, to design and oversee the implementation of the system into the companies vehicles. The system includes a 440-watt, ten speaker setup was designed to reproduce the highest quality sound of the 24-bit, 96-kHz DVD-A discs. Although, compared to other factory audio options, 440-watts could be said to be unassumingly low.

The number four car is the 2012 Mercedes-Benz CLS550. A behemoth of a car, this high end luxury sedan boasts a matching high-end Bang & Olufsen BeoSound system. This system is comprised of fifteen speakers powered by two separate 1200 watt amplifiers. The 7.1-channel surround sound is meshed via a 750-watt primary power unit working seamlessly with a 450-watt digital signal processing unit. This system is complicated, hinting towards it’s factory option cost. The fifteen speakers dissolve into this luscious and spacious XL sedan’s interior. The kicker, lies in the price tag. Checking that optional box upon order will cost you an extra $6,400.

Coming in third is the timeless LS model by Lexus. This system, specifically in the 2011 retrofit, pushes the fitment barrier seen in the previous Mercedes-Benz CLS550’s fifteen speaker system by choosing a nineteen speaker system. Also a 7.1-channel system, the Lexus LS also exhibits a total harmonic distortion (THD) that is less than 0.1%. The wattage of this system pushes at 450-watts. Most distinctive about this system is the capability of the range with the components which can captures the attention of listeners through capturing 20 to 20,000 Hz, which surpasses the capability of hearing of some individuals. The only quip of this system from customers is the limited availability of the 8GB internal hard drive, but really, how much music do you plan to store internally and not on an external device. Definitely a contender in the audiophile category here.

The number two and the number one podium positions in this review are left to a tie between two equally impressive high-end luxury sedans, the Audi A8 and the Porsche Panamera. We’ll begin with the Audi A8, which prides itself with an award winning sound system designed by Bang & Olufsen. Showing that less is more, the package includes fourteen speakers, including a full-size 12-inch sub-woofer, and each of the speakers receives it’s own amplifier. Far from the competitors, this system produces a whopping 1,100 watts of ear bleeding precision. Perhaps a wave of frugality hits and you feel the need to savor your mobile device’s monthly data, do not fret… the 2014 model provides a Wi-Fi hotspot for up to 8 passengers mobile devices. We’ll stop there.

Last but not least, the equal tie contender is the 2011-2014 Porsche Panamera. The Panamera comes in outfits from the base model all the way up to a $200k plus Turbo S Executive model boasting a ludicrous 570hp output from a 4.8-liters twin-turbo V8. Don’t worry, the sound system is just as staggering, featuring a 1,000+ watt sixteen speaker configuration, each individually controlled. The base models come with a Bose system but to acquire the aforementioned components, you can shoos to upgrade for a mere $3,990, to the Burmester system. Popularmechanics magazine said it themselves, “to our ears, the sound simply leaves nothing to be desired.” That is a system I would invest into any day.

David Holly is a professional writer at Linear Automotive. David is an avid car enthusiast who enjoys sharing his passion and knowledge of cars.

Next Cars For Modern Ladies

Military Jacket – A Necessity With Style 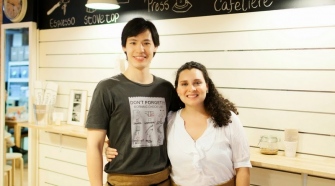