5 Tips to Make a Comeback at Online Rummy

How Have Car Tyres Changed Over The Years

September was a great month for car sales, as 425,861 new vehicles were registered. That represents a 5.6% increase compared to August and is the most cars registered in the thirty days of September for ten years. According to the Society of Motor Manufacturers and Traders (SMMT), it was the 31st month in a row that car sales have grown. Compared to the same stage of 2013, registrations are up over 9% year on year.

September is a key month in the car industry due to the change in plates. March is the other big month for the same reason. In the UK we have only had twice-yearly plate changes since 1999, and March and September alone now account for over one third of total annual registrations. The popularity of these two months is largely due to the fact that vehicles with new plates tend to hold their value compared to cars with the old plates.

However, the number of registrations seen this March was particularly high, increasing a massive 18%, which pushed first-quarter growth up almost 14%. Compared to that level, the increase seen in September may actually represent a levelling off in demand. For more information on the SMMT and for more on these September car sales.

Mike Hawes, chief executive of the SMMT, puts the increase in car sales down to increased confidence in the economy and the exciting range of economical new cars available which fare extremely well when using an MPG mileage calculator . SMMT figures show that the Ford Fiesta was by far the most popular new car bought this September and during the whole year so far. Over the year to date, the second most popular car is also a Ford — this time the larger Focus. Third place is taken by the Vauxhall Corsa and the VW Golf comes in fourth. During September, the Golf and Corsa swapped places on the list of popular cars. For more details on UK car sales, see http://www.rmif.co.uk/associations/nfda/reports-and-publications/new-car-sales-figures/

Ten years ago, it was the Focus in first place — a position it held from 1999 all the way to 2008. There is a definite trend toward superminis these days, with sales of larger hatchbacks falling away. Our colour preferences have also changed over the ten years. In 2004, blue and silver were the colours of choice, but now white, black and blue make up the top three most popular colours.

We may be seeing a move towards superminis at one end of the spectrum and towards larger SUVs at the other. As a result, the hatchbacks in the middle may be about to spend a few years in the wilderness until the trend reverses itself.

Previous What Is The Future Of The Automotive Market?

Next Why Servicing Your Car In Accordance To Log Book Service Is Important?

The Frightening Power Of Substance Abuse

What Are Sheet Labels And Why To Use Them? 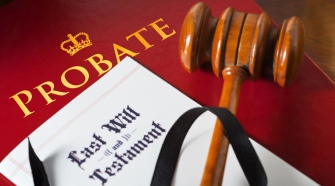 What Is A Probate Solicitor and When Should You Hire One?