5 Simple Ways To Pay For Home Repairs and Renovations

How To Pass A Weed Drug Test

If you like reading about technology and cars on the internet, by now you must have noticed a surge in popularity of topics which cross these two niches. From reviews of popular electric car models to discussions and futuristic visions of things to come in the car industry, there is plenty of material for all of us who like to fantasize about future.

So what can we expect from the automotive industry in the next few years and decades? Here are some hints on the direction we are heading in.

One thing in common for all industries is the need to gradually replace old-fashioned solutions with new, better ones. Better in this case means more cost effective, time effective and environmentally friendly. Given the fact that cars are some of the biggest pollutants in the world, it is no wonder that auto industry has done the most to address this last concern. Car engines are constantly improved upon with technologies which enable better and more efficient use of gas. Oil industry is working on optimizing chemical components of gas to make it more eco-friendly.

It seems, however, that the future of automotive industry lies away from natural gas as the energy source. Hybrid cars served their purpose of ushering electric ones to the mainstream stage. Cars like Tesla model S and X and the more affordable model III (which is expected to be introduced in the next couple of years) are paving the way for the electric vehicles to become the industry standard.

Parallelly with car development, automotive industry niches are developing and improving various car parts, following the same guiding idea – energy conservation and performance improvement. Wheels and tyres available today will be different tomorrow – prototypes are being made of tyres which allow electric vehicles to be charged from the road. Sensors are installed in the tyres which monitor everything from the pressure in the tyre to the state of the road and weather. Computers are finally completely conquering the dashboard and it is expected that in a few years most of the actions now performed by the driver will be automated.

And speaking of automation, it might be that the role of driver will be completely automated, including the actual driving part. The technology is already there (if you had not heard about Google’s efforts, you must have been living under a rock for the past ten years), however, the only problem is convincing regulating bodies all over the world that entrusting lives of traffic participants entirely to computers is a good idea. Google’s driverless car has made a couple of important steps in this direction (a couple of years ago it even passed a driving test created specifically for this purpose), but there is a lot more to be done before the future becomes the present.

One thing is for sure, no matter what types of cars we drive in the future, there will always be the next future waiting right behind the corner. The wheels of progress are unstoppable.

Previous Things To Consider Before Searching For A Modern Furniture

Top Honda Cars To Own and Relish

Why You Should Start A Cleaning Business

Why You Should Get Dometic Windows For Your Caravan?

Tips For Saving Money When You Live In The City 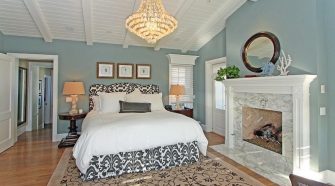 Make It Awesome: 5 Bedroom Design Ideas That Can Wow Your Airbnb Guests