Why Vitamin B Is So Important

10 Things To Do After Getting Involved In A Car Accident

Top 7 Recommendations For Mom On This Mother’s Day

It’s no secret that there are myriad mysterious ways to make some fantastic barbeque sauces, but it’s also true that there are some critical a well known techniques and ingredients that make BBQ sauces what they are. Whether you’re making your own sauce for home cooking or large-scale catering, or if you’re thinking about starting your own BBQ restaurant, it’s important that you know all the different BBQ sauces and their secrets.  Following is an exploration into some of the best country-style BBQ sauces, with an array of various ingredients and tricks of the trade.

This BBQ sauce adds a special ingredient that differentiates it from traditional ketchup-and-molasses style BBQ sauces. Specifically, the sauce is made with a vinegar and mustard base, which makes the sauce a perfectly tangy topping for chicken and pork. Additional ingredients include regular sugar and light brown sugar to create the contrast between a sweet and tangy tasteful experience.

St. Louis BBQ Sauce utilizes a tomato and vinegar based sauce. Similar to the KC BBQ Sauce in its ingredients, St. Louis BBQ sauce is its viscosity and sweetness (it’s thinner and more tart). Ingredients that add to this style of sauce are apple cider vinegar and yellow mustard. You still get to enjoy the taste of a flavorfully zesty sauce.

The secret to Kansas City BBQ sauce is a liberal dose of its tomato sauce. The first steps in preparing this sauce is to boil oil and fry garlic in a saucepan until it’s brown. After that, you’ll need to create an authentic taste that includes water, vinegar, ketchup, olive oil, chili powder, cayenne pepper, garlic, and brown sugar.

Texan-style BBQ sauce involves a tomato base with enhanced flavor through mild and fiery spices. Some ingredients that make this sauce unique are garlic cloves, chili powder, tobacco sauce and, especially, de-seeded jalapeno peppers. If you are looking to spice up a Texan-style brisket or pulled pork sandwich, this sauce will surely give your meat the extra pinch of flavor its been needing. One can just as well counter the spicy sauce with Worcestershire sauce, and brown sugar if they are looking for a deeper tang.

No matter how perfectly cooked a rack of ribs is, you simply can’t be satisfied with ribs without a classic BBQ sauce to make it superb. Rib sauces are much thicker and loaded with pungent flavor. Two cups of ketchup creates the base for this thick sauce. Add olive oil, minced onions, and brown sugar to bring out its most pronounced flavors; a creative and lesser-known way to get more flavors from a classic BBQ Rib sauce is by adding a half-cup of beer and soda.

It’s well known among BBQ aficionados that Memphis BBQ isn’t a Memphis BBQ with a just any old sauce — it needs to have Memphis BBQ sauce. This saucy style provides a rich sweetness, vinegary taste, and a mouthful of zest. The ketchup, butter, and molasses paired with paprika, chili powder, and cayenne generates a fresh flavor of spicy sweetness for your taste buds.

Written by the staff of Lutz’s BBQ, where they serve up tasty BBQ and provide some of the best service for catering Columbia MO has to offer.

Previous 10 Reasons Why Magento Is The Best E-commerce Platform

Next Why Hire A Conversion Rate Optimization Company - 6 Reasons

Dealing With A DUI Charge In Glasgow

The Need Of Furnace And Its Operation 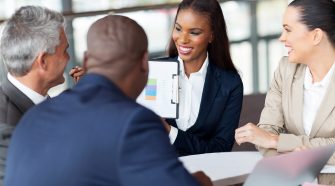