5 Things You Shouldn’t Stress Over In College

Don Jazzy, born in 26th November 1982, is one of the most recognized musicians, songwriters, and record producer to come out of Nigeria. His real name is Michael Collins Ajereh. Currently he runs the Mavin records label. He was appointed at the CEO of the recording company in 2012.

Before starting the Mavin records, he was also the CEO of Mo’ Hits Records, which he had founded along with his childhood friend, and a popular Nigerian singer, D’banj.

Tongolo was the first full production album by D’banj, and it was produced by Don jazzy.  It was the 2004 release. Next year, Don Jazzy went on to produce ‘No Long Thing’, another hit single by D’banj.

Don Jazzy was originally from Umuahia, and he lived most past of his early days in the Delta state. In the later years, his family relocated to Ajegunle city. In this city, he got graduated at the Federal Government College Lagos.

Even during his childhood days, he had a great passion for singing and music. As a matter of fact, he had started playing drums and singing even when he was a four year old.

When he grew up to be 12, he had also developed bass guitar skills. He then moved to Edo state for continuing his studies in the field of business management. Here, he had gone to the Alli University Ekpoma.

In the year 2000, his uncle invited him to the United Kingdom. He had requested him to play drums for the church in a local neighborhood. This particular assignment opened up new doors for Don Jazzy in the world of music.

At the same time, he had to work hard to sustain his expenses. He worked as a security guard at the Mac Donalds, and also took odd little jobs in London.

However, his love for making music only increased with time. He was already good with the percussion and instruments, but he worked hard to develop the knowledge needed for making music for the audiences in the UK.

He also built deep bonding with many other musicians, and they dedicated log hours on practice and performances. Some of the top names with whom he practiced and performed are The 419 squad, Kas, JJC, and Solek.

Among all his friends, he had a great relationship with D’Banj, and they together created some of most sensational tracks. Together they went on the start the Mo’ Hits label. Under this label they released 2 albums in a span of just 2 years, the Rundown and No Long Thing. They had gained a lot of appreciation and popularity even while the third album was being produced.

Don Jazzy also created hit selling albums with Mushin 2 MoHits. This album was produced by Wande Coal, and was also rated as one of the best albums. He also collaborated with some of the great names in the music industry like Kanye West and Jay-Z. The ‘Watch the Throne’ album released with this collaboration featured Beyoncé.

In his illustrative career as a musician, singer, and a successful music producer, the only setback would be his split with D’Banj. The synergy of the music created by them together, had received an overwhelming appreciation from them fans across the world.

Previous 8 Ways To Claim Discounts On Your Car Insurance

Next Delhi -The Hub Of Entertainment 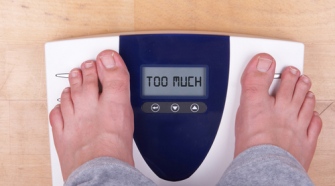