3 Things Every Professional Should Learn

Get Ready HGTV, There’s A New Designer In Town: How To Make Your Yard Pop

Anxiety disorders present a significant problem in the United States. The burden of this epidemic has shown in financial, emotional and social consequences. Statistics are just another piece in the puzzle for understanding and treating this common issue.

The Wide Scope of Anxiety

Anxiety is a very common challenge taking up a lion’s share of mental illness statistics in adults. Some examples of anxiety disorders include generalized anxiety disorder (GAD), post-traumatic stress disorder (PTSD), phobias and obsessive-compulsive disorder (OCD), as found by the Anxiety and Depression Association of America (ADAA). Women have the highest risk of all anxiety disorders, as noticed by the University of Florida College of Medicine.

Sets of Anxieties and Symptoms

About 6.8 million adults have GAD, as reported by the ADAA. Compared to “typical” worrying, GAD has a patient fret to the detriment of work, school, social life and other important aspect of the person’s life. An official diagnosis comes after six months of worrying every day to the point of expecting the worst, as stated by Melinda Smith, M.A., and Jeanne Segal, Ph.D.

Panic disorder is another common form of anxiety, this one affecting 6 million American adults, as reported by the NIMH. Roxanne Dryden-Edwards, M.D., characterizes the problem as a tendency to experience panic attacks and develop phobias as a result. Panic attacks include but aren’t limited to rapid heartbeat, tingling, dizziness, shortness of breath and more.

Social anxiety disorder is also common, affecting 15 million or 6.8 percent of adults nationwide, as found by the NIMH, hurting men and women evenly. As written by the Psych Central staff and verified by John M. Grohol, Psy.D., social anxiety presents with a persistent fear of social situations, especially involving unfamiliar people and potential for scrutiny. The anxiety can lead to avoidance, hurting the patient’s well-being and life goals.

OCD impacts over 2 percent of the U.S. population, wrote Melissa Conrad Stöppler, M.D. The Mayo Clinic observes symptoms of OCD as a fear of disease and dirt, a strong compulsion for orderliness and cleanliness, unwanted and overwhelming thoughts, avoidance of situations including various triggers and other problems depending on the person and severity of his or her case.

PTSD affects 7.7 million U.S. adults, as found by the ADAA. The Mayo Clinic informs the public that PTSD presents symptoms of intrusive memories, avoidance, arousal when encountering triggers (such as loud noises or other sensations) and overwhelming guilt or shame, among other debilitating problems.

Sources of Treatment and Hope

These statistics prove that anxiety treatment, dual diagnosis treatment and even treatment for drug addiction are prevalent concerns in this country since some anxiety disorder patients seek drug use for ill-fated treatment of their illness. In these cases, an alcohol rehab clinic or drug and alcohol treatment center can help, although a dual diagnosis program – which can treat both the illness and the drug addiction – is best for these situations. Seek treatment today for a new start away from drugs and crippling anxiety.

Previous How To Print The Best Bronchure For Your Business

Next Kids Dresses - Shopping Made Easy

Things We Should Know About Food Oils 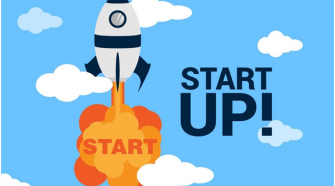