Better Automotive Business Trips Down Under

Switch To Tea For A Healthier Body

Busting The 3 Biggest Myths In The Crafting World

6 Most Interesting Cameras Of 2014

Office 2016 and office 365 are the latest of Microsoft office services. Office 2016 is more of a standalone service, whereas office 365 for Business is a cloud oriented service.  However if one is buying subscription of office 365, one will get most of the feature of office 2016.

Office 2016 includes 2 different standalone versions. One such services being professional 2016 and the other being home and business version.  Home and business version is tailor made for use in home environment with basic services of Microsoft being provided which include word, PowerPoint excel and OneNote. However the professional version can also include apart from these basic core services office publisher and more.

Office 365 has many benefits over office 2016. Office 365 for Business is a set of collaborated services under a subscription package, see plans here at http://o365cloudexperts.com. The various services include exchange online, skype for business, and SharePoint services among other. Office 2016 service is also included with Office 365 ProPlus.

On comparing the two we can come to conclusions as follows

If we look closely over the benefits of office 365 over office 2016 we conclude that office 2016 is more suitable for lower end user and students and common masses who never go beyond services such as PowerPoint, excel, word etc. With Office 365 CSP collaborated with so many services, it might be a handy tool in the business it is used into. Moreover services like exchange online and SharePoint online and similar are not in demand from users on a daily basis. Unless you are a major firm with huge employee list, extra features on office 365 may be useless if all you are looking for is basic mailing services coupled with some Microsoft word or excel and PowerPoint Microsoft office 2016 is the best choice. Office 365 also comes in different plans like proPlus E1, E3 etc which has been created keeping in mind the different needs and structure of any organization. Again here proPlus is the very basic of office 365 services offered whereas E1, E4 may be much advanced with different new features and tools to integrate with complex systems in an enterprise environment.  Similarly standalone version of office 2016 has its own advantages and disadvantages based on the basic need of a user. However with little extra, office 365 gives a wide range of features and services which can be explored and exploited for better use in any growing organization.

Next Do Not Eat Them If You Follow A Diet!

Accessories Must In Every Girl’s Wardrobe 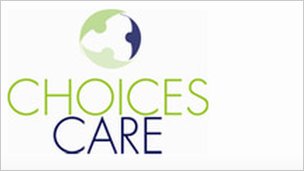