The Essential Guide To Catering For A Dinner Party

How website builder is the easy way to start your Business

As the EU prepares for premiums to rise yet higher before the traditional summer slowdown, there’s plenty of news about aluminium elsewhere in the world. Take Vietnam, whose runaway economy means production and consumption of the metal is growing dramatically.

Nguyen Van Thu, the president of the Vietnam Association of Mechanical Industry, commented: €Our figures show that aluminium consumption in Vietnam has been increasing by 15-20% annually. It is used in many of our most important industries and industrial applications€. As a result Sapa Ben Thanh Aluminium Profiles Company, based in Ho Chi Minh City, is doubling its production capacity at its joint venture in Vietnam in 2015, investing in a second, larger extrusion press to increase their product range.

Aluminium Tipped to usurp Nickel in the Next Price War

Not so long ago Indonesia sparked a nickel price war, putting in place a supply-led export ban that saw the price of the metal increase by more than 40%. As you can imagine it gave the nickel industry a very nasty shock. But there’s more… the shock waves could be set to continue if expert industry analyses are correct, with aluminium following suit in 2014 and an equivalent squeeze on aluminium supplies. So what’s the story?

At the same time the United Arab Emirates is firming up its reputation as an emerging force in the international aluminium industry, making moves into European markets as revealed at the tenth annual Metef International Aluminium Exhibition in Italy during June. November 2014 is another important date in the region’s calendar, with Aluminium Bahrain B.S.C hosting the next International Arab Aluminium Conference in November this year, in the Kingdom of Bahrain. The show’s theme says it all: GCC: An aluminium power house. And it’s a worldwide affair, expected to attract 700 or more delegates from every sector and every corner of the world.

In the USA a new piece of research has revealed that 75% or more of new US pickup trucks will be aluminium-bodied by 2025. The survey was conducted by Ducker Worldwide and confirms a breakthrough for the automotive aluminium sector.

Every major vehicle manufacturer was surveyed, including the giants Ford, General Motors and Fiat Chrysler, all tipped to become some of the biggest consumers of the metal in sheet form over the next ten years. If you drew a graph, it’s be a very steep curve. Fewer than 2% of vehicles currently have complete aluminium body structures, but by 2025 it’s set to reach 18%, with the majority being pickup trucks, SUVs and sedans.

The news represents big money for the aluminium industry, with increases of up to a huge 4 billion pounds by 2025, up from 200 million pounds in 2012.

That is what we call explosive growth! As a side effect of all this increasing demand suppliers like us, who provide aluminium plate, aluminium round bar and all manner of other products to British manufacturers, should also see a surge in overall demand.

Therefore for you to share in these lucrative markets, it is highly advisable that you apply for your Bahrain Visa.

Previous 5 Reasons To Choose Modwood Decking Over Others

Next Chronic Pain Relief With Co-Codamol

january jones and the walk of shame

Comparing Toespace Heaters At One Page Instead Of Here and There

7 Tips To Avoid Winter Weight Gain And Maintain Your Body 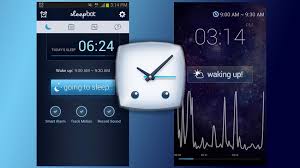