A Few More Home Improvement Projects That Will Recover Value

5 Reasons Why To Get NetApp Certification

Smartphones and tablets can be distracting – especially for children, who are quick to download the latest big mobile game and play it all day long. Mobile games for kids have long dominated among smartphone games, with cutesy, cartoonish graphics and simple game mechanics ruling the day. But mobile games aren’t for kids alone, and a recent influx of more complex and adult-oriented games – including gambling games and government-sanctioned lottery games – are showing that adults can be just as addicted to games as their children are.

Adults get hooked, too

Mobile games use a variety of strategies to get us hooked. They tend to release little rewards to incentivize continued play, for instance. These psychological tricks are the real reason that games are so addicting, and they work just as well on adults as they do on children. The superficial things about a game – it’s cute graphics, for instance, or its name – aren’t what is really important. The behind-the-scenes psychological tricks that games use to keep you feeling the rush are the real reason for their success, and plenty of game designers have gone on to apply these strategies to games with more complex plots and more realistic graphics.

These days, adults can download grim and gritty shooters, realistic racing games, and much more on their phones. And there are also plenty of nostalgia games: look-alikes and actual ports of classic games like Sonic the Hedgehog are available on your iPhone or Android device. There can be no doubt that these vintage games are aimed at adults – if you were a kid when Sonic the Hedgehog platformers were still popular, you’re at least in your mid-twenties by now, and could be significantly older than that.

Mobile games for adults use most of the same psychological tricks to keep you playing as the games made for younger players do. But where the games can differ is in their financial aspects.

Most kids games rely on three basic ways to make money. The can either charge up-front for the game, give it away for free and run ads during the game, or give it away for free while charging for certain special in-game items (this last type of game is often called “freemium,” a play on its free status and its premium paid options).

Adult games use all of these strategies, too, but they also can use a third option: gambling. In some states, adults are legally allowed to gamble through private companies. In virtually all states, adults have plenty of legal gambling options in the form of state-sanctioned lottery games. And all of these types of gambling are now making their way onto smart devices.

According the gambling experts at Casino Room, mobile gaming is a fast-growing area for the gambling industry that may be helping to draw millennials into the world of online gambling. Big-time casinos are smart enough to see the opportunity here, and so are government institutions – like the New York Lottery, which has its own app full of interacting lottery games.

Growing up without growing old

Of course, adults shouldn’t spend all their money gambling – or all of their time playing mobile games. But it’s clear that carrying a game-ready device in our pockets has helped relax old stereotypes about gaming and adulthood. It’s now perfectly acceptable for adults to speak openly about their favorite mobile games. When we first began to see big gaming phenomenons affect adults – as we did with the Flappy Bird craze, for instance – it was always newsworthy. Now big games like Pokemon Go are expected to attract adults as well as kids, and a whole new family of games is targeting adults alone while ignoring gaming’s traditional demographic. All of this makes one thing clear: games aren’t just for kids anymore.

Next Manage Your Business’ Reputation Online

Why Couple Therapy Can Help In All Types Of Relationship Problems?

Uses For Bottled Gas At Home

How Golden State Warriors Change The Entire Scenario Of NBA? 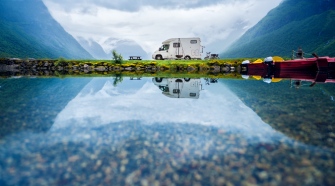