A Banker’s Journey To Happiness

LONDON?As the crisis in the Gulf of Mexico entered its eighth week Wednesday, fears continued to grow that the massive flow of bullshit still gushing from the headquarters of oil giant BP could prove catastrophic if nothing is done to contain it. The toxic bullshit, which began to spew from the mouths of BP executives shortly after the explosion of the Deepwater Horizon oil rig in April, has completely devastated the Gulf region, delaying cleanup efforts, affecting thousands of jobs, and endangering the lives of all nearby wildlife.

Everything we can see at the moment suggests that the overall environmental impact of this will be very, very modest, said BP CEO Tony Hayward, letting loose a colossal stream of undiluted bullshit. The Gulf of Mexico is a very big ocean, and the volume of oil we are putting into it is tiny in relation to the total volume of water. According to sources, the sheer quantity of bullshit pouring out of Hayward is unprecedented, and it has thoroughly drenched the coastlines of Louisiana, Mississippi, Alabama, and Florida, with no end in sight. Though no one knows exactly how much of the dangerous bullshit is currently gushing from BP headquarters, estimates put the number at somewhere between 25,000 and 70,000 words a day.

How To Keep Your Contents Safe In Transit

Why Bespoke Exhibition Stands Are A Must-Have Promotional Tool

Making The Choice Between Limited And Unlimited Mileage Easier

Why White Pearls Will Remain Irreplaceable

How To Lose Your Belly Fat 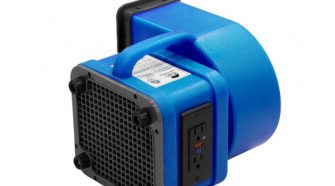 If You Have Kids, Why Should You Own An Air Blower