Online Plagiarism Checker: How to Use it?

ARM Processors For Tablets By 2015

The Lakers went away from their strength, 7-footers Pau Gasol and Andrew Bynum, in the fourth quarter of Game 2 loss. They say they intend to go back to trying to exploit their size advantage in the low post Tuesday in Boston.
Reporting from Boston The Lakers were dominant down low, the Boston Celtics unable to stop Pau Gasol and Andrew Bynum, when good fortune smiled on the Celtics as a most unusual event took place, something called the start of the fourth quarter.

Gasol had one shot, Bynum had two over the final 12 minutes and the Celtics evened up the NBA Finals with a 103-94 victory in Game 2 on Sunday.

Gasol had 25 points in the game, only one in the fourth quarter, and Bynum had 21 in the game, four in the fourth quarter, part of the reason the Lakers headed to Boston in a deadlocked series that resumes Tuesday with Game 3 at certain-to-be-raucous TD Garden.Neither Garnett (six points) nor Paul Pierce (10 points) were problems for the Lakers in Game 2, though Pierce could be heard proclaiming, “Aint coming back to L.A.,” after helping up Kendrick Perkins near the baseline on a play late in the game.

The Lakers issues, more specifically, were Ray Allen hitting from the outside, which is never a shocker, and Rajon Rondo also shooting well from the perimeter, somewhat surprising for the 24-year-old who drives and rebounds as well as any guard in the league but isnt known for his steady shotThe Lakers are looking internally, however, at getting more touches for their big men.

Gasol made seven of 10 shots and Bynum made six of 10, but should Ron Artest really have taken 10 shots, especially since he made only one?

Our big guys played great, Bynum and Paul Lakers Coach Phil Jackson said. We didnt get the ball often enough to them.

Both post players took the diplomatic approach, presumably because the series is so young.

Obviously, we can get more touches Bynum said. But thats still not going to help us beat this team because you cant beat them one on one.

Gasol, to his credit, said the work he and Bynum did down low was not wasted.

I think our effort was a positive thing, Gasol said. And its going to have to be even better, greater in Boston, because its going to be tougher to play there.

The Lakers were also dominant defensively in the paint.

What Flooring Should I Choose For My House? 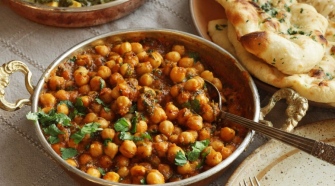