Smart Tips for House Hunters in Hong Kong: How to Choose the Best Apartments for Rent?

Why You Should Still Play Board Games?

VPNs are amazing tools to watch content you don’t normally get in your region, whether it’s on Netflix or other streaming platforms like BBC iPlayer, Hulu, and so on. The only problem? Your network speeds take quite a hit, especially if your connection is slow to begin with. Fortunately, there are several things you can tweak to speed up your VPN for Netflix.

Now, before we get into these handy tips, make sure your VPN is up to par. No use optimizing a free VPN that will throttle your bandwidth. Or worse, one that suffers from congestion due to millions of users sharing the same few underperforming servers. All this assuming Netflix hasn’t already blocked its IP ranges, of course.

Find a fast Netflix VPN by clicking the link and checking out the comparison made by ProPrivacy. These ten different providers offer lightning-fast servers, actually fit for streaming. You’ll find speed tests, pricing, and which regional libraries the VPNs can unblock, among other useful info.

That being said, here’s how you can squeeze some more performance out of them.

Try a VPN Server Closer to You

The easiest way to ensure your data gets to you faster is to reduce the distance it needs to travel. Rather than go with the “default” server option, see if the show you want to watch isn’t available in a country closer to your location.

For example, people tend to connect to US VPN servers because they believe the country has one of the largest Netflix catalogs. While that may have been the case at one point, the truth is that the US doesn’t even break the top 10 Netflix libraries in 2021. The stateside Netflix library has dropped dramatically in recent years, thanks to many studios creating their own US-exclusive streaming sites.

Split Tunneling Is Your Friend

We’ve all been there. You need to download a huge chunk of data – say, some work files or a game on Steam. You launch your VPN, start the download, then hop on Netflix to pass the time until it finishes. Not the best idea, considering the episode now takes forever to buffer.

Thankfully, VPNs have a neat little function called split tunneling for just such occasions. It allows you to select which apps use your VPN to connect to the Internet. Head over to your VPN app settings and activate the option, then select the browser in which you watch Netflix (or the Netflix app). Now your ISP’s servers will deal with more network-intensive tasks while you enjoy the show.

Your Choice of VPN Protocol Matters

Most VPNs nowadays typically use the OpenVPN protocol by default. While its level of security is undeniable, it’s also fairly slow when compared to others. Fortunately, you can change what protocol your VPN uses through the app settings. IKEv2/IPSec is a good choice on mobile devices, as it is less CPU-intensive. It also allows for seamless transition between networks (e.g. switching from Wi-Fi to mobile data without dropping the connection).

The new WireGuard protocol promises to be much faster than OpenVPN while still offering a great level of security. However, it’s still in its beta version on most systems (though version 1.0.0 is out for Linux). That means you have fewer protocol options at the moment, as VPN providers are beginning to phase out default support for lighter, less secure protocols (such as PPTP).

If your VPN doesn’t support multiple protocols, you can also switch between the two OpenVPN alternatives. OpenVPN UDP is the faster choice, as it doesn’t check data packets for errors. You may see some dips in video quality here and there, but nothing too serious. OpenVPN TCP, on the other hand, is way slower – but it may be the better option if your network tends to be unstable.

Use a Faster Device or Get a Better CPU

VPNs encrypt your data in transit, making it unreadable to outsiders like your ISP, hackers, or government spying. However, the process also affects your network speeds. Older devices and CPUs may be slower to encrypt your data, thus affecting your weekend binge sessions.

Watching Netflix on an older phone? Try upgrading your device or switching to a PC instead. The same applies if your computer has a slower CPU. If upgrading isn’t an option, tweaking some of your OS settings may offer minimal improvements. Here’s a guide for Windows 10, and one for Macs.

Smartphone users can’t do much else but check that all background apps are closed, and that battery saving or similar settings aren’t activated.

Previous Hacks to Get More Customers For Your Auto Repair Shop

Next Is It Time For A New Business Challenge?

8 Ingredients That Complement A Seafood Meal

Affordable Homes You Can Still Buy In Melbourne

The Need Of SEO Campaign In Organizations 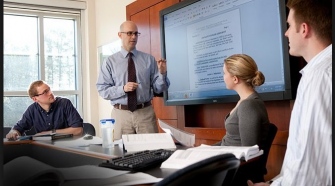